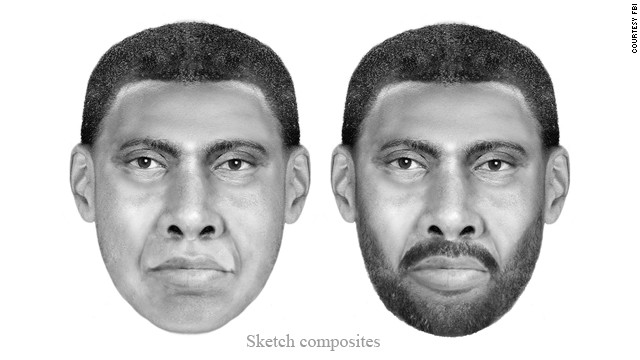 The FBI issued this composite drawing of the suspect in a 2005 sexual assault that is linked by DNA evidence to the 2009 murder of Virginia Tech student Morgan Harrington.
June 13th, 2012
03:57 PM ET

Metallica is doing its part to help the FBI solve the murder of a 20-year-old college student after a 2009 concert by the rock band in Charlottesville, Virginia.

In a one-minute announcement on YouTube, Metallica frontman James Hetfield urges anyone who knows anything about what happened to Virginia Tech student Morgan Harrington to contact authorities.

"Remember, any information, no matter how small you think it is, could be that crucial piece investigators need to help solve the case," Hetfield says in the video, with guitars and amplifiers in the background.

"This crime we feel was horrific in nature and what we want to do is bring closure to Morgan's family," Virginia State Police Capt. Timothy Lyon says in a video on the FBI's website. "We want an arrest, and that's what we're committed to doing." 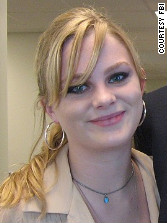 The FBI says Harrington was last seen hitchhiking on a Charlottesville bridge after leaving the concert before it was over on October 17, 2009. Her body was found in a field four months later. She had been wearing a distinctive silver necklace with Swarovski crystals, which has not been recovered.

The FBI says DNA evidence links Harrington's case to a 2005 sexual assault in Fairfax, Virginia. The bureau issued an enhanced composite sketch of an unnamed man they think may be responsible.

The suspect is described as an African-American male with black hair and facial hair at the time of the 2005 attack. He is about 6 feet tall and was believed to be between 25 and 35 years old at the time of the attack, making him 32 to 42 now.

Australia received its first repatriation flight from India since its controversial ban on travel from the Covid-hi‚Ätwitter.com/i/web/status/1‚Ä¶ux
cnni

9:29 pm ET May 15, 2021 RETWEET
The US is condemning atrocities in #Tigray. The extrajudicial killing going on there is utterly horrifying as‚Ätwitter.com/i/web/status/1‚Ä¶71
sarasidnerCNN