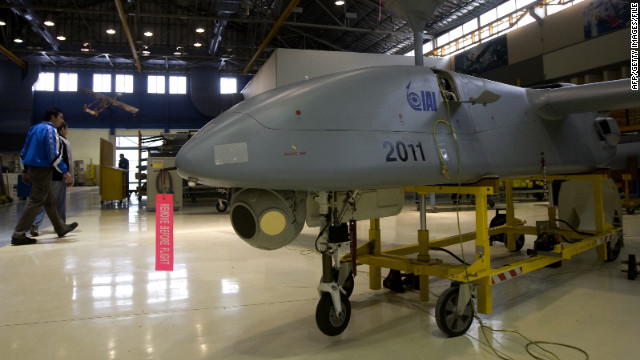 "One thing they have in common is that their numbers and uses are growing dramatically. In the United States alone, approximately 50 companies, universities and government organizations are developing and producing some 155 unmanned aircraft designs,” according to the FAA.

The agency says it will select the test ranges in late 2012, with the first location becoming operational in 2013. The FAA currently has a test site at New Mexico State University, which it’s been using since June 2011.

In an April letter to the FAA’s acting administrator, Michael Huerta, the chairmen of the Congressional Bipartisan Privacy Caucus said they had numerous concerns about how the drones would be used.

While lauding the benefits of deploying drones in U.S. airspace – including for “spotting wildfires and assessing natural disasters” – Reps. Ed Markey, D-Massachusetts, and Joe Barton, R-Texas, said “there is also the potential for drone technology to enable invasive and pervasive surveillance without adequate privacy protections."

“Many drones are designed to carry surveillance equipment, including video cameras, thermal imagers, radar and wireless network ‘sniffers,’ ” the representatives wrote. “The surveillance power of drones is amplified when the information from on-board sensors is used in conjunction with facial recognition, behavior analysis, license plate recognition or any other system than can identify and track individuals as they go about their daily lives.”

The American Civil Liberties union also chimed in last year, saying that as drones become increasingly cheaper, law enforcement would ramp up its use of the technology, according to the December report, “Protecting Privacy From Aerial Surveillance: Recommendations for Government Use of Drone Aircraft.”

In the report, the watchdog group said drone usage should be limited to instances in which police believe they can collect evidence on a specific crime. If the drone will intrude on someone’s privacy, police should be required to obtain a warrant. There should also be restrictions on storing images of people, the ACLU said.

“The deployment of drone technology domestically could easily lead to police fishing expeditions and invasive, all-encompassing surveillance that would seriously erode the privacy that we have always had as Americans,” attorney Catherine Crump, one of the report’s co-authors, said.

In February, as the Senate considered HR 658 (the would-be FAA Modernization and Reform Act), the ACLU warned that Congress was trying to “fast-track domestic drone use” at the expense of Americans’ privacy.

In addition to concerns that unmanned aircraft crash more frequently than their manned counterparts, the ACLU said nothing in HR 658 addresses the “very serious privacy issues.”

“This bill would push the nation willy-nilly toward an era of aerial surveillance without any steps to protect the traditional privacy that Americans have always enjoyed and expected," wrote senior policy analyst Jay Stanley.

“We don’t want to wonder, every time we step out our front door, whether some eye in the sky is watching our every move.”