What with Nolan Ryan, Roger Clemens and Josh Hamilton, it's clear that Texans love their baseball. Baseball-size hail? Not so much. Several CNN iReporters filed images and videos of "apocalyptic" hail that damaged roofs, splashed into swimming pools and smashed car windows.

Your kind not wanted around here

While the Ku Klux Klan chapter in Union County, Georgia, is asking the American Civil Liberties Union to help it get approval to "adopt" a stretch of highway, some other residents think it would reflect poorly on the county. A man who wished to remain anonymous explained why he wouldn't want to see a sign touting the KKK's work:

I guess you've got the freedom to go out and hate people if you want, but I don't want them here. It gives us a bad name. I'm white, so I'm not the one they're targeting. But I would feel bad if an African-American drove by and saw that.

Soldiers celebrate the Army's birthday, and a general puts himself in the thick of it.

A Monmouth University poll showed strong support for using unmanned aircraft to track down criminals, combat illegal immigration or carry out search missions, but respondents are dead-set against using drones to do routine work such as patrolling traffic. Many of our readers seem to agree, expressing disdain for government intrusion. A commenter called Rand Paul (we don't know if it's really the Kentucky senator) said:

I saw George Orwell riding on a drone last night. He was waving.

A man was hospitalized after he somehow ended up stranded in the middle of Washington's Green River, nude and with a dog by his side. CNN affiliate KCPQ picks up the story from there.

Hold onto your hats, investors. Friday is what's known as a quadruple witching day on Wall Street, when index futures, index options, stock options and stock futures all expire. The convergence, which happens four times a year, often triggers a day of volatility in the markets.

High-wire walker Nik┬ĀWallenda will be hoping for a lack of volatility as he attempts to become the first person in more than 100 years to walk a tightrope over Niagara Falls. Wallenda will walk a 2-inch cable attached to massive cranes on each side of the falls, about 1,800 feet across, and 200 feet up from the bottom of the gorge.

1752 - Benjamin Franklin proves that lightning is electricity, while flying a kite with a key on it during a lightning storm.

Now that change has come to her country and she has been released from government detention, Myanmar dissident Aung┬ĀSan Suu Kyi will finally receive on Saturday the Nobel Peace Prize she was awarded 24 years ago. 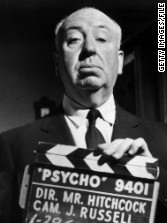 1976 - A march by students in Soweto, South Africa, turns into days of rioting when police open fire on the crowd.

Sunday is Father's Day. The Census Bureau says there are 70.1 million fathers in the United States. The bureau also says there are 15,734 hardware stores and 21,628 sporting goods stores. Just saying.

O.J. Simpson flees police in a white Ford Bronco in 1994.

1972 - Arrests are made in the break-in at the Watergate offices of the Democratic National Committee in Washington.
1991 - The South African Parliament repeals the Population Registration Act, which had required racial classification of all South Africans at birth.
1994 - O.J. Simpson is arrested after a dramatic car chase.

5:49 pm ET September 24, 2022 RETWEET
The Artemis I rocket will not get its third launch attempt on Tuesday, September 27 as planned due to concerns overŌĆtwitter.com/i/web/status/1ŌĆ”u9
CNNweather

12:00 pm ET September 24, 2022 RETWEET
Tropical Storm Ian is forecast to gather strength as it tracks across the Caribbean Sea, toward Jamaica, the CaymanŌĆtwitter.com/i/web/status/1ŌĆ”ai
CNNweather

5:49 pm ET September 24, 2022 RETWEET
The Artemis I rocket will not get its third launch attempt on Tuesday, September 27 as planned due to concerns overŌĆtwitter.com/i/web/status/1ŌĆ”u9
CNNweather

12:00 pm ET September 24, 2022 RETWEET
Tropical Storm Ian is forecast to gather strength as it tracks across the Caribbean Sea, toward Jamaica, the CaymanŌĆtwitter.com/i/web/status/1ŌĆ”ai
CNNweather