Florida reports 9,999 new coronavirus cases, bringing the total number of cases in the state to 200,111ãtwitter.com/i/web/status/1ãÎuJ

RT @CNNPolitics: Sen. Tammy Duckworth, who is being floated as a potential pick, on Biden choosing a Black woman for Vice President: "I'm sãÎ

RT @CNNPolitics: ãIãm not going to get into whoãs right and who is wrong,ã FDA Commissioner Dr. Stephen Hahn says when pressed about the miãÎ

At least two people were killed and eight others injured in a shooting at a Greenville, South Carolina, nightclub,ãtwitter.com/i/web/status/1ãÎOZ 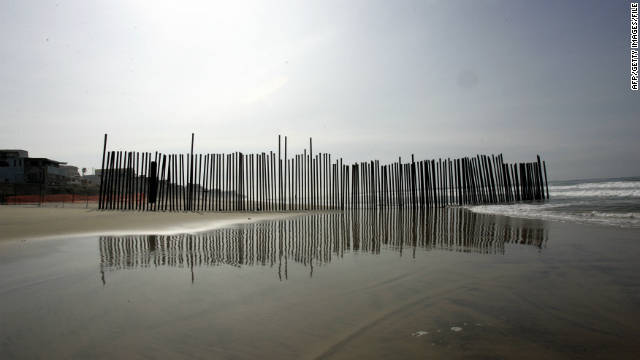 Facts on immigration in the United States

The Obama administration said Friday that it will stop deporting illegal immigrants younger than 30 if they were brought to the United States as children and meet certain other requirements. (See Department of Homeland Security's explanation of the new policy)

Below are a few facts about immigration in the United States:

- The number of illegal immigrants in the United States was estimated at 11.5 million in 2011, according to the Pew Hispanic Center.

- The illegal immigrant population grew by 27% between 2000 and 2009, according to the Department of Homeland Security.

- Fifty-eight percent of the illegal immigrant population is from Mexico. (Pew)

And here are recent developments relating to immigration in the United States:

- 2008: More than 810,000 illegal immigrants accepted offers to return to their home countries without being forcibly removed. (DHS)

- 2008: The Department of Homeland Security removed 97,100 criminals who were also illegal immigrants. Of those, 36% had been convicted of drug-related crimes. (DHS)

- 2011: U.S. Immigration and Customs Enforcement removed 396,906 illegal immigrants from the United States, the largest number in the agency's history. Of those, 216,698 (nearly 55%) had been convicted of felonies or misdemeanors. (ICE)

Photos: Putting a face on the immigration debate

CNN Money: I'm a successful entrepreneur but might get deported

Immigration lessons for the U.S. from around the world

Does this affect you? Share with us on iReport

"It is no coincidence that Presidents Vladimir Putin of Russia and Xi Jinping of China have cemented their grip onãtwitter.com/i/web/status/1ãÎWJ
cnni

11:34 am ET July 5, 2020 RETWEET
Fresh US sanctions have cut off Huawei's access to vital American technology more than ever before. Countries and mãtwitter.com/i/web/status/1ãÎ0H
cnni

11:06 am ET July 5, 2020 RETWEET
MIT has designed a robot that is capable of disinfecting the floor of a 4,000-square foot warehouse in only half anãtwitter.com/i/web/status/1ãÎep
cnni

10:31 am ET July 5, 2020 RETWEET
There are two areas of tropical development across the Atlantic, Tropical Depression Five and an invest off the USãtwitter.com/i/web/status/1ãÎ2b
CNNweather

10:12 am ET July 5, 2020 RETWEET
Work right now is tough. And while managers should be regularly checking in on their team members, we can't expectãtwitter.com/i/web/status/1ãÎkJ
cnni