At least three people have been killed in the French coastal city of Nice during a knife attack the local mayor des‚Ätwitter.com/i/web/status/1‚Ä¶x9

Police in the French city of Nice are responding to a knife attack in the vicinity of a church. The local mayor has‚Ätwitter.com/i/web/status/1‚Ä¶hf

RT @CNNBusiness: Tiffany has agreed to accept a lower price in its sale to LVMH, ending a dramatic spat that had threatened to derail the $‚Ä¶

The US federal government says it will pay for any Covid-19 vaccine that is authorized or approved by the FDA for a‚Ätwitter.com/i/web/status/1‚Ä¶s0

The Supreme Court allows the counting of ballots in North Carolina received up to nine days after the election as l‚Ätwitter.com/i/web/status/1‚Ä¶QT 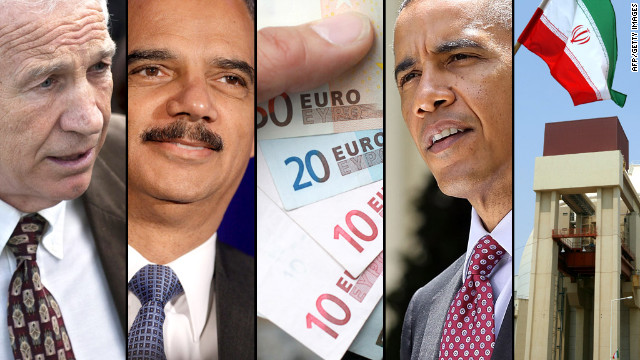 The trial of former Penn State football assistant coach Jerry Sandusky began last week with the testimony of eight of the 10 men who accuse him of sexually abusing them when they were boys. This week, possibly on Monday, Sandusky's lawyers are expected to begin their defense, after the prosecution rests.

Sandusky admits showering with boys - some of whom he allegedly met through a charity he created for underprivileged children - but denies the child-sex accusations. Defense attorney Joe Amendola may present evidence about a condition known as histrionic personality disorder, according to CNN's Ann O'Neill. Symptoms include attention seeking, a flair for drama, inappropriate seductiveness and sexual acting out.

According to a source with knowledge of the case, Sandusky was to¬Ýbe examined today by a prosecution psychologist as part of the defense's intention to introduce testimony about the disorder.

Sandusky trial: All you need to know about the allegations, how case unfolded¬Ý

A U.S. House panel is scheduled to vote Wednesday on¬Ýwhether to cite¬ÝAttorney General Eric Holder with contempt in the botched "Fast and Furious" gun-running sting operation. But the vote apparently will be postponed if he delivers on his offer to ¬Ýturn over certain documents to the committee.

Holder last week promised to provide documents he had previously refused to turn over.¬ÝThe chairman of the House Oversight Committee,¬ÝRep. Darrell Issa, R-California, said the documents, while they "may not be sufficient to allow the committee to complete its investigation,"¬Ýwould be sufficient to postpone the contempt vote. Holder has proposed meeting Issa to talk about the documents on Monday.

Issa has accused Holder and other top Justice Department officials of withholding requested documents and misleading them about when they first learned of the program.

The Bureau of Alcohol, Tobacco, Firearms and Explosives launched Operation Fast and Furious out of Arizona to track weapons purchases by Mexican drug cartels.¬ÝHowever, it lost track of more than 1,000 firearms that the agency had allowed straw buyers to carry across the border, and two of the lost weapons turned up at the scene of the killing of a U.S. Border Patrol agent.

As the results of today's Greek parliamentary elections and subsequent coalition talks are sorted out, expect plenty of speculation this week about the future of the euro currency and the financial stability of Europe.

Antonis Samaras, the leader of Greece's center-right, pro-bailout New Democracy party, claimed "a victory for all Europe" after a first-place showing in Sunday's parliamentary elections, promising that unpopular austerity measures "will bring the country back to prosperity."

His leading rival, Alexis Tsipras of the left-wing, anti-bailout Syriza, had called for the deal to be torn up. Tsipras congratulated New Democracy late Sunday, but said his party's nearly 27% showing has forced Greek leaders to realize the bailout "is a nonviable economic plan."

The situation in Greece is likely to be one of the topics on the minds of world leaders as they meet in Mexico this week for the Group of 20 summit.

Leaders of 20 of the world's leading economies¬Ý will meet in Los Cabos, Mexico, on Monday and Tuesday. President Barack Obama will attend and is expected to meet one-on-one with Russian President Vladimir Putin; the two are likely to discuss the uprising in Syria and nuclear negotiations with Iran.

Iran is expected to meet officials from the United States and five other nations in Moscow this week in the latest installment of talks ¬Ýaimed at persuading Iran to curb its nuclear program.

The talks on Monday and Tuesday come ahead of a potentially devastating oil embargo against Tehran that takes effect July 1. The embargo is coming because Western nations suspect Iran is developing nuclear weapons, though Iran insists its nuclear program is only for peaceful purposes such as energy.

Earlier this year, the six nations negotiating with Iran - the United States, the United Kingdom, France, Germany, Russia and China - proposed that Iran curb its production of high-grade uranium, ship any stockpile of it out of the country and close its underground facility at Fordo, where uranium enrichment is taking place.¬ÝIran said it was willing to discuss the proposal this week in Moscow in exchange for easing sanctions.

Officials in Israel, which fears the prospect of Iran's obtaining nuclear weapons,¬Ýaccuse Iran of using the talks to stall the West and delay crippling oil sanctions for as long as possible while it continues to develop its nuclear capability.

What is billed as one of the largest conferences in United Nations history will kick off Wednesday in Rio de Janeiro, where officials from more than 130 countries will gather to discuss how to solve the world's environmental problems.

The Rio+20 summit - so named because it comes 20 years after a similar "Earth Summit" in the same city - is an event where officials are expected to talk about securing global economic growth without destroying the planet. It is hoped that the conference will at least lay the groundwork for a set of sustainable development goals that can be adopted worldwide.

Some critics have dismissed the event as an expensive talking shop that stands little more chance of succeeding than previous environmental summits.

Mexico already has the fourth-highest Covid-19 death toll of any country, but officials in the country have long sa‚Ätwitter.com/i/web/status/1‚Ä¶8k
cnni

7:15 am ET October 29, 2020 RETWEET
The Czech Republic now has the highest rate of new coronavirus infections and deaths per capita in the European Uni‚Ätwitter.com/i/web/status/1‚Ä¶w3
cnni

6:37 am ET October 29, 2020 RETWEET
JUST IN: Three people are now confirmed dead ‚Äì including one woman who was decapitated ‚Äì following a terror attatwitter.com/i/web/status/1‚Ä¶7mKrEG
cnni

6:13 am ET October 29, 2020 RETWEET
At least two people have been killed in a knife attack in Nice, France. The attack took place in a church, the Notr‚Ätwitter.com/i/web/status/1‚Ä¶WU
cnni