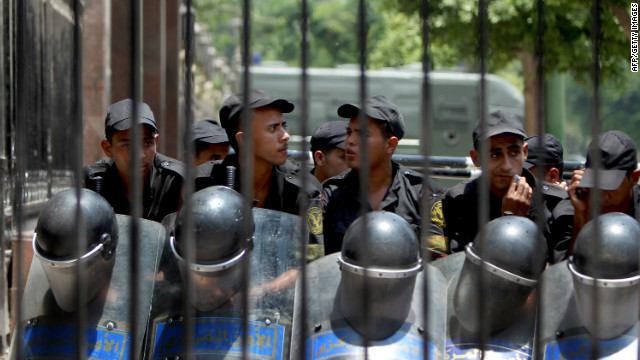 Egyptian riot police stand outside the parliament as protesters gather in Cairo on Tuesday.
June 19th, 2012
11:30 AM ET

Both candidates in what the United States called Egypt's "historic" presidential runoff over the weekend are claiming victory, the latest twist in the country's chaotic political upheaval.

At a news conference, Mahmoud Abu Baraka said the campaign was certain it had the correct numbers.

Mohamed Morsi, the Muslim Brotherhood candidate, claimed victory Monday. vowing to build an inclusive government. "No one's rights will be left out of it, and no one will dominate over the other," he said.