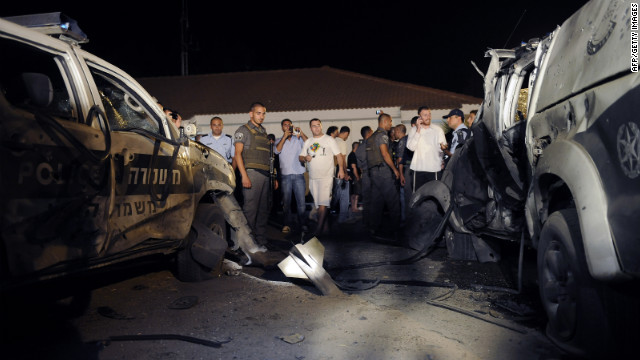 The remains of a rocket launched from Gaza are embedded in the ground Tuesday near the kibbutz of Yad Mordechay.
June 20th, 2012
04:33 PM ET

[Updated at 8:30 p.m. ET] The Palestinian group Hamas says its military wing has agreed to an Egyptian-brokered cease-fire with Israel following a sharp increase in violence between the two sides.

In a statement posted early Wednesday, Hamas - which controls the Palestinian territory of Gaza - says it will observe the cease-fire as long as Israel remains committed to the agreement.

There was no immediate response to the cease-fire announcement from Israel, which said more than 75 rockets had been fired into its territory from Gaza in the past three days. Six Palestinians and one Israeli died between Sunday and Tuesday in a spate of rocket attacks and Israeli airstrikes, officials on both sides reported; Israel also said a Palestinian child was killed when a rocket launch attempt by militants backfired.