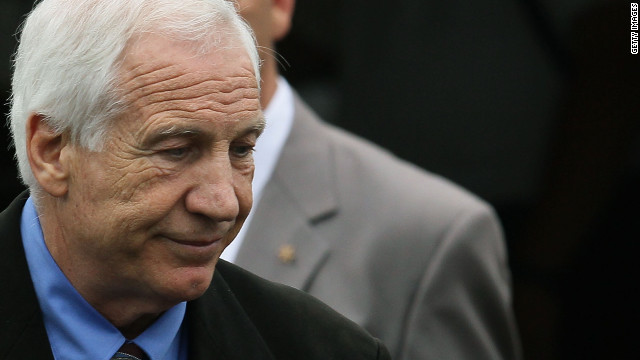 "During the trial, Matt Sandusky contacted us and requested our advice andÂ assistance in arranging a meeting with prosecutors to disclose for the first time in thisÂ case that he is a victim of Jerry Sanduskyâ€™s abuse," Matt Sandusky's lawyers said in a statement obtained by InSession. "At Mattâ€™s request, we immediately arranged a meeting between him and theÂ prosecutors and investigators."

"This has been an extremely painful experience for Matt and he has asked us toÂ convey his request that the media respect his privacy," a statement from Matt Sandusky's lawyer said. "There will be no further commentÂ at this time."

Sandusky is currently facing accusationsÂ of sexual abuse from 10 alleged victims.Â Sandusky, 68, has pleaded not guilty to charges of child sex abuse over a 15-year period. He faces 48 counts in the trial.