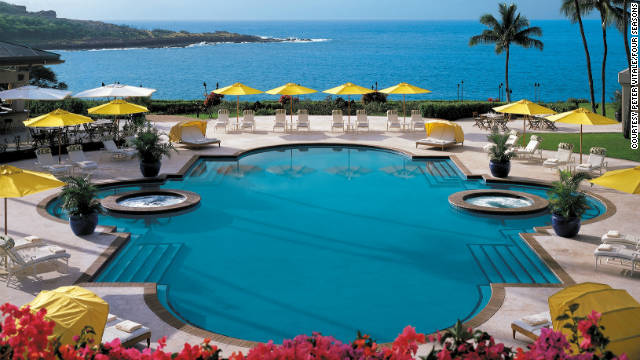 Open Thread: What is your private island dream?

If you're like billionaires Richard Branson or Oracle CEO Larry Ellison, buying an island and claiming it to be your personal paradise is just another way to invest in happiness.

Ellison has bought about 98% of Lana'I, the sixth-largest island in Hawaii. That's 140 square miles of personal getaway, confirmed by Hawaii's governor, but no one's talking about how much it went for just yet. And it just happens to be more than 1,000 times larger than Branson's Necker Island in the British Virgin Islands.

The package deal includes two luxury resorts, two golf courses, two clubhouses and 88,000 acres of land, according to a document filed with the Hawaii Public Utilities Commission. It's also full of gorgeous scenery and pineapples as well. Some residents have said they hope that Ellison, who has a deep love of nature, will give the island an economic lift.

If you could buy any island, which one would it be? What would you do with it, and how would you use it?

And what if you don't have to be a billionaire to buy, or even rent, one?

Others have bought their own island escapes before as well, and you can rent them for a hefty nightly fee.

I'm a celebrity, rent my island!

Billionaire magician and illusionist David Copperfield has a little piece of perfection in the Bahamas.

Marlon Brando bought an atoll, Tetiaroa, in French Polynesia that he discovered while checking out locations for the 1962 film "Mutiny on the Bounty."

And Keith Richards and Bruce Willis are just a couple of the celebrities who have homes on the private island of Parrot Cay in the Turks and Caicos in the Caribbean.

Tahiti and French Polynesia on a budget

How to pick the right Greek island for you

10 islands to see before your die

Share your private island dream with us in the comments below.