At least one person is dead after a condominium partially collapsed in Surfside, Florida, the city's mayor says. FoŌĆtwitter.com/i/web/status/1ŌĆ”r0 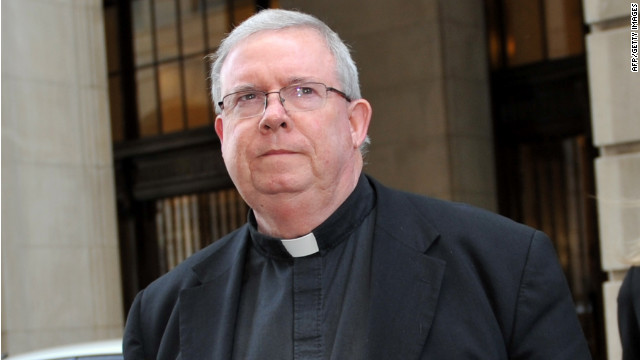 Jurors in Philadelphia on Friday reached a partial verdict in the landmark trial of Monsignor William Lynn, the highest-ranking cleric accused of endangering children by helping cover up sexual abuse, according to a source with knowledge of the proceedings.

Lynn, a defendant along with another Philadelphia priest, faces two counts of endangering the welfare of a child by allowing dangerous priests to continue in the ministry in roles in which they had access to children, and one count of conspiracy to protect a priest accused of abuse.

If convicted, Lynn could be sentenced to up to 21 years in prison.

Also on trial is the Rev. James Brennan, who faces charges of attempted rape of a 14-year-old boy, endangering the welfare of a child and other counts.

The verdict is expected to be announced in court at 2 p.m. ET.

On Wednesday, the jury reported that it was unable to reach a verdict on four of five charges in the high-profile case. Common Pleas Court Judge M. Teresa Sarmina ordered jurors to keep deliberating, according to a source with direct knowledge of the case.

Efforts to save Australia's endangered Tasmanian devil population led to thousands of sea birds being wiped out onŌĆtwitter.com/i/web/status/1ŌĆ”P3
cnni

8:00 am ET June 24, 2021 RETWEET
At least one person is dead after a residential building partially collapsed in Surfside, Florida, the city's mayorŌĆtwitter.com/i/web/status/1ŌĆ”TW
cnni

7:50 am ET June 24, 2021 RETWEET
"No one should EVER be held against their will... or ever have to ask permission to access everything they've workeŌĆtwitter.com/i/web/status/1ŌĆ”E5
cnni

7:37 am ET June 24, 2021 RETWEET
Brace yourself: pasta is coming. Like, lots and lots and lots of pasta. Take a bite of the CNN Original Series, SŌĆtwitter.com/i/web/status/1ŌĆ”tG
cnni