Minnesota Rep. Jim Hagedorn announces he has been receiving treatment for stage four kidney cancer for the past yea‚Ätwitter.com/i/web/status/1‚Ä¶8M

RT @CNNPolitics: JUST IN: President Trump is expected to name current US Ambassador to Germany Richard Grenell as acting director of nation‚Ä¶

The rapper Pop Smoke was killed during a home invasion at a Hollywood Hills, California, residence, officials confi‚Ätwitter.com/i/web/status/1‚Ä¶Eh

NASCAR driver Ryan Newman is released from the hospital just two days after a terrifying crash during the Daytona 5‚Ätwitter.com/i/web/status/1‚Ä¶Zs 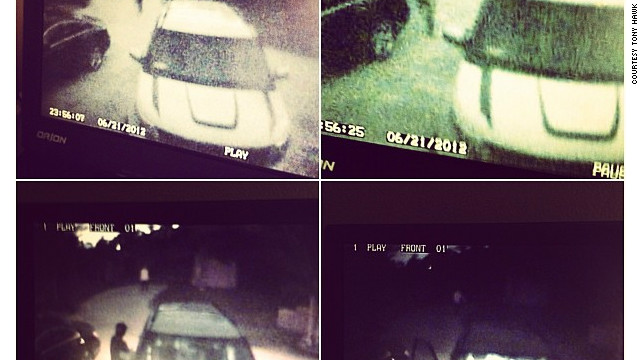 If you‚Äôre going to steal a skateboard, don‚Äôt steal it from Tony Hawk.

The pro skater called out a couple of criminals yesterday by posting images from his home‚Äôs security camera on Instagram after it captured them stealing a skateboard from his car.

‚ÄúTo the a**holes that broke into my car & stole Calvin's skateboard: return it or your video goes ‚Äòviral‚Äô as in ‚Äòto the police,‚Äô‚Äù Hawk wrote on the photo sharing app.

According to Hawk, the stolen board, which belonged to his girlfriend‚Äôs son, was a rare design from his company, Birdhouse.

‚ÄúIf they know anything about skateboards they‚Äôd know that they have something of value,‚Äù Hawk said, adding that he didn‚Äôt believe he was specifically targeted.

‚ÄúI don‚Äôt think the guys that stole it knew it was my house. I can tell by the way they approached the house that they were actually looking for anyone that might have left something in their driveway in their car,‚Äù Hawk said.

‚ÄúTo be honest, I did put that up as kind of a joke and kind of a warning, as well. My hope is that it does resonate and these guys realize what they‚Äôve done and return it in guilt.‚Äù

Hawk said that he probably won‚Äôt turn the pair in to police if they return the board, though many people who commented on the photo on Instagram urge him to.

Hawk said he chose social media as his first line of defense because it was an interesting way to handle the problem ‚Äì and because his 13-year-old son came up with the idea.

‚ÄúSo much of our life is recorded on video now, including the worst parts,‚Äù Hawk said. ‚ÄúYou just feel so vulnerable, but at the same time I‚Äôm glad ‚Äì not that I condone it ‚Äì it was a skateboard and it‚Äôs something that I can replace.‚Äù

While the CDC has screened more than 30,000 passengers in the past month, not a single US coronavirus case has been‚Ätwitter.com/i/web/status/1‚Ä¶QI
cnni

12:39 am ET February 20, 2020 RETWEET
Scientists around the world are slamming and debunking conspiracy theories about the novel coronavirus cnn.it/2uQOpNq
cnni

12:27 am ET February 20, 2020 RETWEET
Many US coronavirus patients are being sent to a special state-of-the-art facility in Nebraska. It has its own vent‚Ätwitter.com/i/web/status/1‚Ä¶J3
cnni

12:18 am ET February 20, 2020 RETWEET
A crisis over the brutal slayings of women and girls has forced residents onto the streets of Mexico in anger cnn.it/2V5ukNZ
cnni

12:02 am ET February 20, 2020 RETWEET
Here's where coronavirus cases have been reported throughout the world, according to World Health Organization data cnn.it/32gFUav
cnni