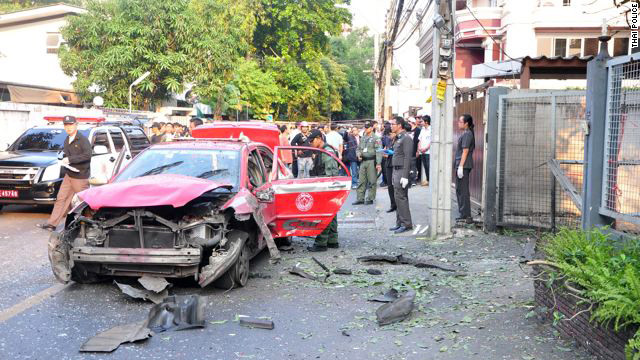 Malaysian court: Iranian can be extradited to Thailand over Bangkok blasts

A Malaysian court has ruled that an Iranian man suspected of being involved with a series of bombs that went off in Bangkok in February can be extradited to Thailand.

Masoud Sedaghatzadeh is wanted by the Thai authorities for his alleged involvement in the Bangkok blasts along with several other Iranians.

It is not yet clear when Sedaghatzadeh will be extradited, as he plans to file an application to a higher court in Malaysia, seeking his release from prison.

The explosions in Bangkok did not cause any deaths, but the Thai authorities have said they were intended for Israeli diplomats. The devices used explosive materials that are not available in Thailand and were most likely smuggled in, the police have said.

The Bangkok blasts came a day after a device attached to an Israeli Embassy van in New Delhi exploded, and another device, found on an embassy car in Tbilisi, the capital of Georgia, was safety detonated.

Israeli officials blamed Iran for the attacks, but Tehran has denied the accusations.