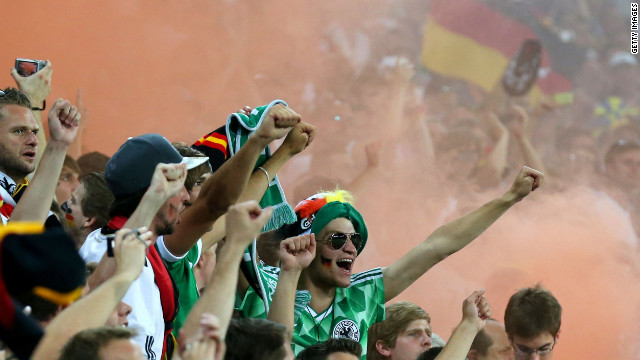 The "improper conduct of supporters" occurred when Germany played Denmark in the Ukrainian city of Lviv on June 17, UEFA said.

The anti-discrimination organization FARE stated on its official Twitter page: "FARE can confirm that one of our observers reported a neo-Nazi banner in the German section at the match v. Denmark in Lviv on Sunday."

After the game, UEFA said it was investigating "the setting-off of fireworks and the improper conduct of supporters (display of inappropriate banners and symbols, and inappropriate chanting)."