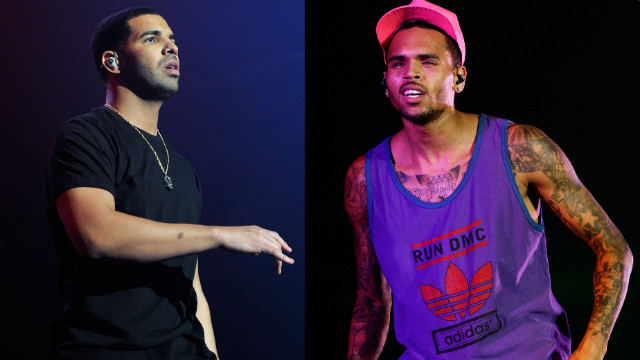 Drake, left, and Chris Brown were allegedly involved in an altercation at the W.i.P. nightclub earlier this month.
June 27th, 2012
02:15 AM ET

Boxing promotor offers Chris Brown, Drake $1 million each to duke it out

A celebrity boxing promoter is hoping to capitalize on the alleged nightclub brawl between singer Chris Brown and rapper Drake by offering them a million dollars each to take their beef to the ring.

The promoter also says he is asking singer Rihanna to be a ring girl at the bout - but acknowledged she'll likely pass.

Damon Feldman says he has the financial backing of businessman Alki David, and that he'll donate a million to a charity that helps abused women if the fight takes place.

The fight, he said, would feature three minute-long rounds with the participants donning oversized gloves and protective head gear