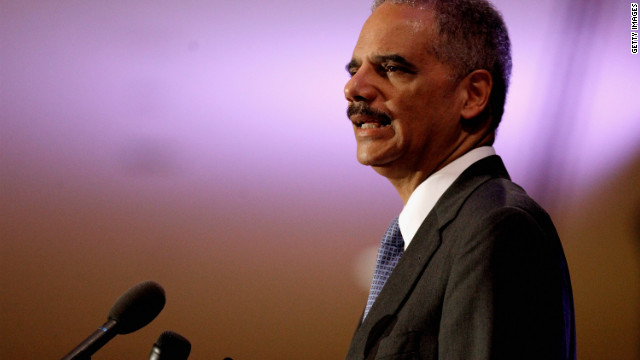 -Serves on several philanthropic boards, such as the Meyer Foundation, Save the Children, and Concerned Black Men, a group that seeks to help D.C. teens with problems such as sub-par academic achievement and pregnancy.

-1976-1988 – Trial attorney for the Department of Justice's Public Integrity Section.

-1988-1993 – Appointed associate judge for the Superior Court of the District of Columbia.

-1997-2001 – Deputy attorney general of the United States. He was the first African-American to hold this position.

-February 18, 2009 – While delivering an address on race at the Justice Department, Holder makes a controversial remark calling the United States a "nation of cowards" for not discussing race relations.

-November 2009 – Holder announces that some of the alleged 9/11 conspirators, including the alleged principal planner of the attacks, Khalid Sheikh Mohammad, would be tried in U.S. District Court in New York rather than by military tribunals. (He would reverse that decision five months later, saying Congress had taken the decision out of his hands by restricting where they could be tried.)

-October 12, 2011 – Congressional investigators issue a subpoena for communications from Holder relating to Operation Fast and Furious, in which agents from the Bureau of Alcohol, Tobacco, Firearms and Explosives allowed illegal sales of guns believed to be destined for Mexican drug cartels. However, hundreds of firearms went missing, and weapons found at murder scenes in Mexico - and at the scene of a December 2010 gun battle in Arizona that left Brian A. Terry, a U.S. Border Patrol agent, dead - were traced back to the program.

-June 20, 2012 – Obama asserts executive privilege over the documents sought by a House committee investigating the controversial Fast and Furious program. The House Oversight and Government Reform Committee recommends that Holder be cited for contempt of Congress for failing to turn over documents relating to the Fast and Furious operation.

-June 27 – House Speaker John Boehner, R-Ohio, says the full House will vote June 28 on whether to cite the attorney general for contempt.

For more on Eric Holder and Fast and Furious:

Opinion: Don't be nosy about Fast and Furious

Why contempt case against Holder may be doomed

CNN Money: The truth about the Fast and Furious scandal