Trump announces that Israel will "suspend" its West Bank annexation plans as part of a peace agreement with the UniŌĆtwitter.com/i/web/status/1ŌĆ”Ij

Evacuation orders have been issued in areas threatened by the Lake Fire in California's Los Angeles County, the MosŌĆtwitter.com/i/web/status/1ŌĆ”Sz

Will 2012 be the hottest summer on record?

Nearly 52 record-high temperatures for 2012 have been reached in the past seven days, according to CNN meteorologist Sean Morris.

Summer has definitely arrived in the United States with record-breaking temperatures soaring into the triple digits, and relief is slow to follow. The sizzling heat may not subside for a week, possibly longer.

Excessive heat warnings were posted for 12 states, from Nebraska to New Jersey, on Friday by the National Weather Service.

As fierce thunderstorms battered their way across the Midwest to the Atlantic Seaboard on Friday night, the wicked weather caused mass power outages, leaving residents to suffer the heat without air conditioning.

Deaths possibly related to the heat are still being investigated. People are checking on their neighbors, and cities are putting cooling centers into place and extending pool hours.

The temperatures soaring above 100 degrees are nowhere near normal for this time of year in the United States, Morris said.

But we've experienced hideously hot ones before the dog days of summer officially set in before.

Last year - which was declared the hottest summer on record┬Ā in Oklahoma, Texas, Louisiana and New Mexico by The Weather Channel - featured some wicked days.

In its list of all-time record highs, The Weather Channel reported that Childress, Texas, climbed to 117 degrees on June 26 last year, beating any temperature on record for any month, dating back to 1893.

If the temperatures are climbing dangerously high in your city, be sure to check our five tips to survive extreme heat.

How are you beating the heat in your area? Let us know in the comments below. 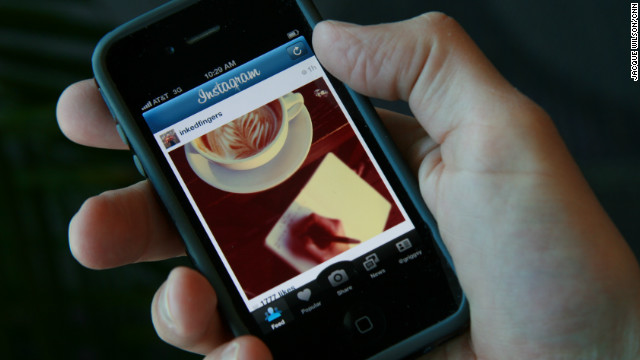 Breakfasts everywhere went undocumented on social media Saturday morning because photo-sharing site Instagram is still down after a line of powerful storms caused mass power outages across the Midwest┬Ā and Atlantic Seaboard on Friday night.

Fierce thunderstorms and high winds, some topping 80 miles per hour, whipped across Indiana, Ohio, West Virginia,┬ĀWashington and Virginia, leaving debris, hot temperatures and no power to combat the record-breaking heat.

In addition to Instagram, Mashable and Forbes reported that on Friday night Netflix and Pinterest, powered by Amazon's Elastic Compute Cloud, also were down because of weather affecting the region. The majority of those accounts, and the sites themselves, appear to be up and running again.

However, on Saturday morning, people were still taking to Twitter and Facebook, complaining or poking fun at the impact of Instagram, based in northern Virginia, going dark.

Some tweets encouraged people to enjoy the blackout by leaving technology behind for the weekend, that it's OK to eat breakfast and drink coffee without sharing a photo of it with the rest of the world via social media. Other tweets joked that many people would go undocumented on Facebook or Twitter as long as Instagram was down because of the site's various photo-enhancing filters.

A similar conversation ensued when Twitter experienced a widespread outage on June 21, its largest since October 2011.

Instagram wants photos to be seen beyond 10-hour window

Do you fly into a panic when your favorite social media site goes temporarily dark? Or does it allow you to disconnect? Let us know in the comments below.

11:27 am ET August 13, 2020 RETWEET
The Daily News Is not the only newspaper newsroom closing its physical office to work remotely. Others include OrlaŌĆtwitter.com/i/web/status/1ŌĆ”j9
susancandiotti

10:49 am ET August 13, 2020 RETWEET
From Louisiana, originally from outside Chicago twitter.com/jimsciutto/staŌĆ”
susancandiotti