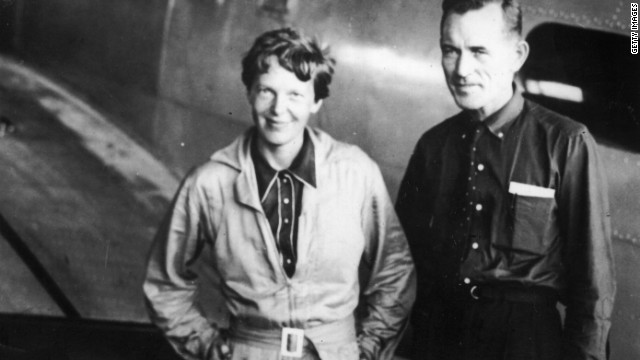 A deep-sea expedition will launch from the shores of Honolulu on Tuesday in an attempt to solve the mystery of vanished aviator Amelia Earhart, according to the International Group for Historic Aircraft Recovery.

The group will launch its Niku VII expedition 75 years after the first ship set sail in search of Earhart, her navigator Fred Noonan and their Lockheed Electra aircraft.

The initial launch was set for Monday, but was pushed back to Tuesday because of a scarcity of flights to Hawaii, according to the expedition’s daily reports Web page.

“Meanwhile, the technical staff is very glad of the extra day,” a recent blog post from the group said. “There are always glitches, stuff that doesn’t work quite the way it should, tests that need to be run, toothpaste to be bought, and the additional time will allow for these issues to be resolved while still in port where there are stores and cell phones and other markers of modern civilization.”

Once out of the port, the crew will set sail for Nikumaroro Island in the South Pacific, where researchers believe Earhart landed, was stranded and ultimately met her death during her doomed attempt at an around-the-world flight in 1937.

The International Group for Historic Aircraft Recovery has been investigating the mystery surrounding Earhart’s death for 24 years, has launched eight prior expeditions and has developed a comprehensive theory of her disappearance and last days on earth.

“This is the hi-tech deep water search we’ve long wanted to do but could never afford,” the group said on its website. The expedition is funded by corporate sponsors and charitable donations.

The International Group for Historic Aircraft Recovery theorizes that Earhart and Noonan landed on Nikumaroro Island - then called Gardner’s Island - after failing to find a different South Pacific island they were set to land on. The pair is believed to have landed safely and called for help using the Electra’s radio. And in a twist of fate, the plane was swept out to sea, washing away Earhart and Noonan’s only source of communication. U.S. Navy search planes flew over the island, but not seeing the Electra, passed it by and continued the search elsewhere.

"What makes this the best expedition is the technology we've been able to assemble to search for the wreckage of that airplane," Rick Gillespie, executive director for The International Group for Historic Aircraft Recovery, told CNN on Monday. "We have an autonomous vehicle. We have multibeam sonar above the University of Hawaii ship we're on right now. We have a remote-operated vehicle to check out the targets (and a) high-definition camera. We're all set."

Earlier this year, the organization also discovered what is believed to be a cosmetics jar once belonging to Earhart on Nikumaroro Island.

"All these things we can't explain unless the woman we think was there, was there," Gillespie said.