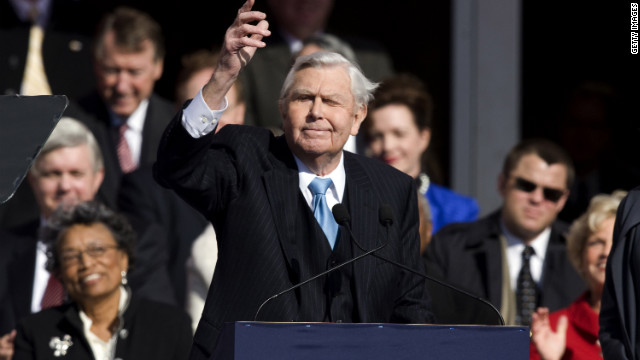 Griffith died at about 7 a.m. at his home on Roanoke Island, the sheriff said in a statement. The statement did not provide a cause of death.

Best known for his role on "The Andy Griffith Show," the actor also starred as a murder-solving Southern attorney in the television series "Matlock" during the 1980s and 1990s. He was also known for his roles in movies and on the stage, as a producer and as a Grammy Award-winning gospel singer.

Ron Howard, who played Taylor's son, Opie Taylor, on "The Andy Griffith Show," said he is "forever grateful" to the actor.

"His pursuit of excellence and the joy he took in creating served generations & shaped my life," Howard said on Twitter.