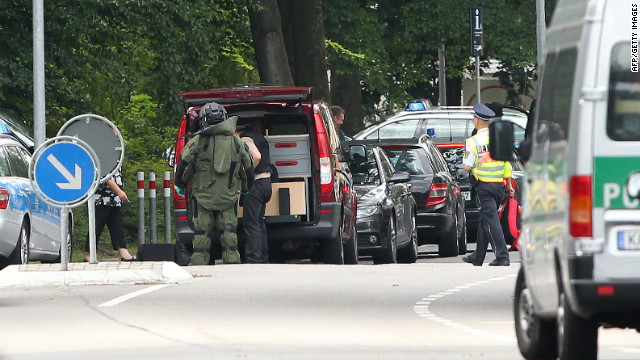 The gunman was facing eviction, and the hostages included a bailiff who came to remove the man from his flat in the city of Karlsruhe.

Police stormed the flat shortly after noon because it was on fire, said Karlsruhe police spokesman Juergen Schoefer. They found four bodies inside.