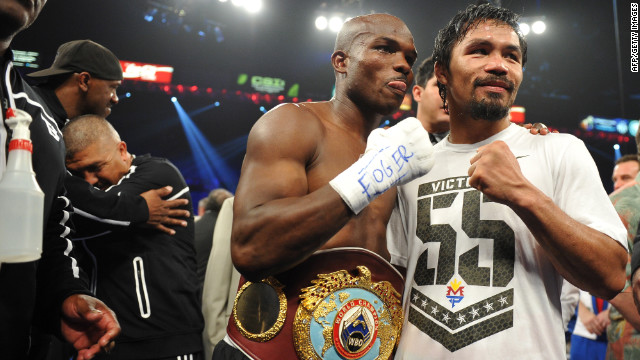 Bradley, a native of Cathedral City, California, remained unbeaten with 29 wins, along with one no-contest.

Pacquiao suffered his first loss since 2005.

In the Philippines, where Pacman is worshiped, there have been accusations of foul play. A Filipino congressman called the fight "rigged." Rep. Joseph Victor Ejercito told the local media, "It's obvious that Pacquiao was ahead. I can't see how he lost."

"People were in shock and disbelief," said Lito Tacujan, sports editor of the Manila-based Philippine Star daily. "Everybody felt furious with the result. They thought the match result was set up or scripted."