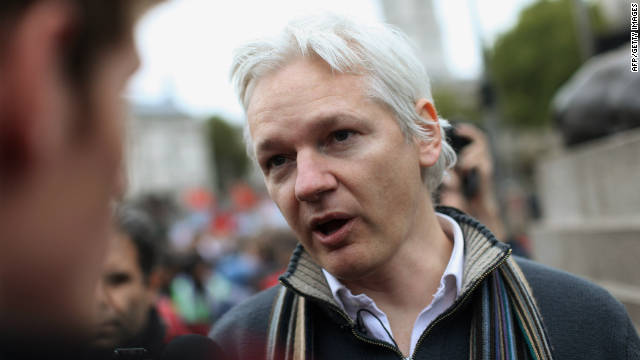 Julian Assange, pictured here on October 8, 2011, is the founder of WikiLeaks, which facilitates the anonymous leaking of secret information.
July 5th, 2012
08:04 AM ET

WikiLeaks said Thursday it has begun publishing some 2.4 million e-mails from Syrian politicians, government ministries and companies dating back to 2006.

The e-mails, which are in a range of languages including Arabic and Russian, come from the ministries of presidential affairs, finance, information and foreign affairs, among others.

According to WikiLeaks, the e-mails "shine a light on the inner workings of the Syrian government and economy, but they also reveal how the West and Western companies say one thing and do another."

WikiLeaks, which facilitates the anonymous leaking of secret information, has published about 250,000 confidential U.S. diplomatic cables, causing embarrassment to the government and others. It has also published hundreds of thousands of classified U.S. documents relating to the conflicts in Iraq and Afghanistan.

Its founder, Julian Assange, was arrested in Britain in 2010 over allegations of rape and sex crime charges in Sweden.

Two women have accused Assange of sexually assaulting them in August 2010 when he was visiting Sweden in connection with a WikiLeaks release of internal U.S. military documents.