What's going on at Wimbledon this weekend

History was made on Saturday when American Serena Williams defeated Poland's Agnieszka Radwanska 6-1, 5-7, 6-2, to win the 2012 Wimbledon's women's singles final. This is Williams' seventh finals appearance for the Grand Slam tournament, and her fifth Wimbledon win.

Williams and her sister, Venus, also defeated the Czech Republic's Andrea Hlavackova and Lucie Hradecka in the women's doubles final. The sisters have five singles titles each, and now, five doubles titles.

In the men's doubles final, Briton Jonathan Marray and Denmark's Frederik Nielsen beat Sweden's Robert Lindstedt and Romania's Horia Tecau. Marray's victory gave Britain its first men's doubles champion since 1936 and according to the Wimbledon blog, Nielsen is the first Danish player to win a Grand Slam title, ever.

"Oh my God I can't even describe..." Williams said after her singles win, according to the Wimbledon live blog. "I thank Jehovah for letting me get this far. I almost didn't make it , two years ago I was in hospital... It's so worth is and I'm so happy. I never dreamt of being here again. You just never give up."

Williams was in the hospital recovering from a pulmonary embolism 18 months ago.

Radwanska was noticeably disappointed about losing out on her chance to snag her first Grand Slam tournament win.

"I'm still shaking so much, so I think I have the best two weeks of my life you know?" Radwanska said. "Of course she played too good today. I already have great memories from 2005 when I won junior Wimbledon. I think it was not my day today but I will just try next year and we'll see. Thank you very much for the support. Thank you so much."

"We can't believe it. It's tough to sink in. I don't know what to say," Marray said afterwards.

On Sunday, Andy Murray will go head to head with Roger Federer in the men's singles final.

The last time a Briton reached the Wimbledon men's singles final, the photos taken of the event were in black and white.

On Friday, Andy Murray became the first one in 74 years. Now, heâ€™s up against six-time champion Roger Federer for the final on Sunday. No matter who wins, history will be made. If Murray wins, during this year of Queen Elizabeth II's Diamond Jubilee, you can bet the pubs will be full on Sunday night. If Federer wins, he will join American Pete Sampras and Briton William Renshaw atop the list of all-time men's singles champions.

The Wimbledon finals bring all of the drama to resounding conclusion, in crushing defeat or resounding victory, for two women and two men.

Perhaps you dine on strawberries and cream every summer in your best white outfit in honor of the international event. Or youâ€™re just tuning in to see if Murray makes it in one of those gripping human-interest sports stories viewers like to seize on.

END_OF_DOCUMENT_TOKEN_TO_BE_REPLACED

What to make of flap over candidateâ€™s military talk?

[Updated at 6:05 p.m. ET] An Illinois congressman has stuck to his guns - including during a testy interview with CNNâ€™s Ashleigh Banfield this week - in a flap over his assertions that his double-amputee election opponent talks too much about her military service and war injuries.

Rep. Joe Walsh, R-Illinois, has said that the story has been blown out of proportion, arguing that it has been manufactured by liberal opponents who recorded his comments at a campaign event Sunday and then posted them on the Internet, with liberal website ThinkProgress.org starting the coverage.

But heâ€™s defended his stance, arguing that Democrat Tammy Duckworth - a Black Hawk helicopter pilot who lost both legs when her crew was shot down in Iraq in 2004 - rarely makes campaign appearances in her bid to defeat him in Illinoisâ€™ 8th Congressional District. When she does, he said, she talks mostly about her background fighting overseas.

Weâ€™d like to hear what you think about the issue. First, hereâ€™s how it played out this week.

In a Sunday campaign event in a Chicago suburb, Walsh was recalling the 2008 presidential campaign of Republican Sen. John McCain, saying McCain was modest about his background as a prisoner of war during the Vietnam War. Walsh said McCain was reluctant to make that story a focus of his campaign, despite pressure from advisers to do otherwise.

â€śThat's what's so noble about our heroes. Now I'm running against a woman who, my God, that's all she talks about," Walsh said. "Our true heroes, it's the last thing in the world they talk about. That's why we're so indebted and in awe of what they've done."

END_OF_DOCUMENT_TOKEN_TO_BE_REPLACED 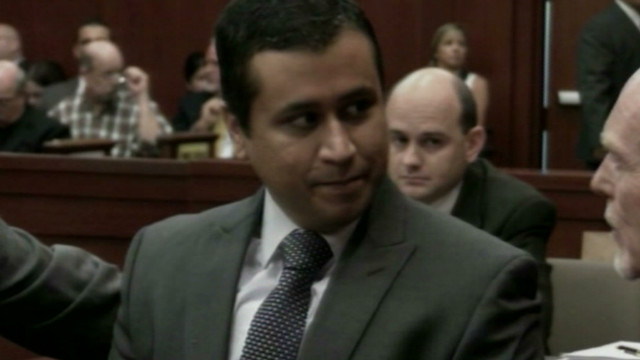 George Zimmerman - a Florida man charged with murder in the February shooting death of teenager Trayvon Martin - was released from jail on Friday, a day after a judge set a new bail amount.

A Florida judge on Thursday set a $1 million bail with new restrictions on Zimmerman (pictured), saying he believes the suspect may have been planning to flee the country to avoid prosecution in the killing of Martin.

Zimmerman's previous bail - $150,000 - was revoked last month after the judge learned Zimmerman and his wife had failed to disclose more than $150,000 in donations from the public.

Leading up to the judge's decision Thursday, Zimmerman attorney Mark O'Mara asked the judge to set the same $150,000 bail amount that he granted in April. Prosecutor Bernie de la Rionda countered that Zimmerman should remain in jail without bail because he was complicit in lying to the court and can't be trusted.

Andy Griffith's death certificate says the actor died of a heart attack, after years of suffering from other illnesses, including coronary artery disease.

The North Carolina native had long endured hypertension and hyperlipidemia, his certificate said, which can suggest high cholesterol or high triglycerides.

The heart attack occurred about 24 hours before he died, the certificate says. Griffith passed away at 7 a.m. Tuesday morning and was buried less than five hours later.

Most known for his role as the sheriff of Mayberry on the CBS series "The Andy Griffith Show," Griffith "has been laid to rest on his beloved Roanoke Island," the family said in a statement issued Tuesday.

A document released by Florida A&M University on Friday reveals the campus police chief recommended the suspension of the school's marching band three days before the hazing death of drum major Robert Champion.

Thirteen people have been charged in connection with the death of Champion, 26, who was badly beaten during last year's incident on a band bus after a football game in Orlando.

Hiring was lukewarm last month, with employers adding jobs but not enough to bring the unemployment rate down.

The economy added 80,000 jobs in June, the Labor Department reported Friday, barely an improvement from the 77,000 jobs added in May.

Meanwhile, the unemployment rate remained at 8.2%.

Economists surveyed by CNNMoney had expected to see employers add 95,000 jobs and the unemployment rate to remain unchanged.

10:00 am ET - GOP bus tour - While President Obama stages a campaign bus tour across Ohio and Pennsylvania, two prominent Republicans are following the same path with a bus tour of their own.Â  Louisiana Gov. Bobby Jindal and former Minnesota governor Tim Pawlenty speak at a rally in Pittsburgh.

END_OF_DOCUMENT_TOKEN_TO_BE_REPLACED 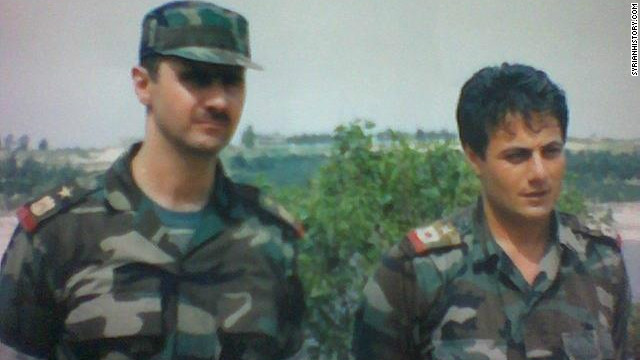 Brig. Gen. Manaf Tlas, right in an undated photo with Bashar al-Assad, has been a key member of the Syrian president's regime.
July 6th, 2012
05:19 AM ET

Tlas, the son of a former Syrian defense minister and cousin of a first lieutenant in al-Assad's army, is possibly the most senior Sunni in a power structure dominated by the Alawite minority.

"He's an inside confidant of Assad. So it counts that even an insider thinks it's time to go," said the official, who spoke on condition of anonymity. The official was not authorized to speak to the media.

Syria has been engulfed in nearly 16 months of unrest. Thousands have died as Syrian government assaults against protesters led to a nationwide uprising.

If Kim Jong Un destroyed North Korea's economy to keep Covid-19 out, will sanctions stop him from pursuing nuclearâ€twitter.com/i/web/status/1â€¦FD
cnni

4:15 am ET January 19, 2021 RETWEET
New Covid-19 cases in the United States have been trending down since hitting a peak last week, but experts say it'â€twitter.com/i/web/status/1â€¦Jr
cnni

4:00 am ET January 19, 2021 RETWEET
Singapore's national carrier is hoping to become the world's first airline to get all of its crew members vaccinateâ€twitter.com/i/web/status/1â€¦6D
cnni

3:44 am ET January 19, 2021 RETWEET
While a lot of attention has been paid to President Donald Trump's words, there's been less focus on the fiery rhetâ€twitter.com/i/web/status/1â€¦wN
cnni

3:30 am ET January 19, 2021 RETWEET
A magnitude 6.4 earthquake has struck Argentina's west-central province of San Juan on Monday night, according to aâ€twitter.com/i/web/status/1â€¦gw
cnni