Dancing and playing drums on stage for 55 years has been kind to musician Ringo Starr. On Saturday he turned 72, and as Starr has advocated for the past five years, he encourages everyone to pursue "peace and love" on "the seventh of the seventh" this July.

It's a lifestyle he advocates in the first track on his new album, "Ringo 2012," called "Anthem," which Starr identifies as an anthem for peace and love.

One of two living members of the Beatles and winner of nine Grammy Awards, Starr is on the road touring with the All Starr band. The band, formed in 1989, features a rotation of celebrity musicians. The current grouping is the 13th version of the band.

"Everybody has to have a hit to be in the band," he told CNN. "We have a very cool lineup, and it's a diverse lineup. But when you put it all together, it works, and I don’t know that when it starts."

With friends such as these, the show's set lists are rolling out hits like "Rosanna," "Broken Wings," "Hello It's Me," and "Black Magic Woman," in addition to Starr's hits on his own and with The Beatles. The tour also includes promoting his 17th solo studio recording, "Ringo 2012."

END_OF_DOCUMENT_TOKEN_TO_BE_REPLACED

Firing from Syria kills 2 in Lebanon

The victims in the Wady Khaled attack were Syrian refugees, the news agency said.

The victims were all from the same family and were transported to a hospital, said George Kettaneh, a spokesman for the Red Cross.

The fatality was a young girl, he said. 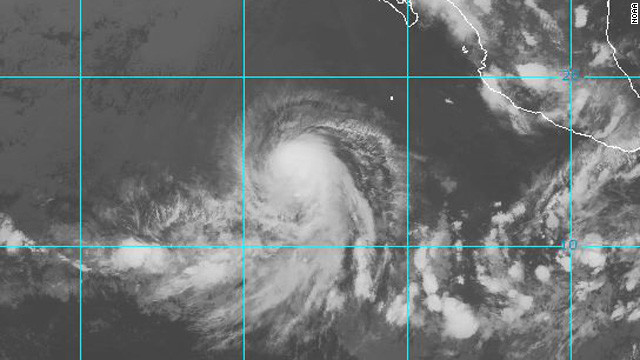 Daniel became the third Pacific hurricane of the season Friday when the storm's winds reached 75 mph, according to the National Hurricane Center.

At 8 p.m. Pacific time, the Category One storm was about 745 miles west of the southern tip of Baja California, the hurricane center said.

The storm was expected to strengthen Saturday as it moved to the west at 12 mph.

But it was expected to encounter colder water and weaken on Sunday, forecasters said.

The storm poses no current threat to land.

Justin Bieber was cited for reckless driving, according to news reports from Los Angeles.
July 7th, 2012
12:02 AM ET

Pop star Justin Bieber was cited for speeding on a Southern California freeway Friday after a trying to evade paparazzi in a high-speed chase, according to news reports from Los Angeles.

L.A. City Councilman Dennis Zine, a former police officer,  told CNN affiliate KABC-TV that he witnessed the incident on the South 101 Freeway in Studio City and reported it to the California Highway Patrol.

He said Bieber was traveling at about 100 mph in his Fisker Karma hybrid.

"It was like a rocket ship coming by, I'm not exaggerating when I say that,"  KABC quoted Zine as saying. "When it passed me, it had to be going close to 100 mph."

Zine told the Los Angeles Times that the chase between Bieber and the paparazzi spread across the freeway and even on to the shoulder.

"It was like slot cars, they were going so fast," the Times quoted Zine as saying. "It was a very dangerous driving situation. I figured someone was going to crash,  so I called 911."