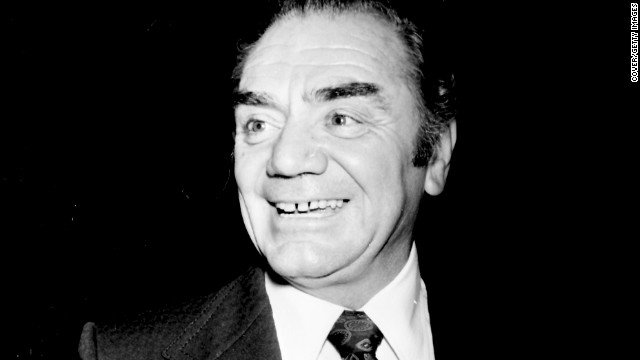 Some things you may not have known about Ernest Borgnine

Film and television actor Ernest Borgnine, who won an Academy Award for his portrayal of a lovelorn butcher in 1955's "Marty," has died at 95, his manager said Sunday. Here are some selected tidbits from CNN's library about the life and times of the actor:

- He was born Ermes Effron Borgnine on January 24, 1917, in Hamden, Connecticut.

- He went to the  Randall School of Drama in Hartford, Connecticut.

Key dates in his career

- 1953: "From Here to Eternity" is released. The part of mean Sgt. Fatso Judson is Borgnine's breakout role.

- 2009: Emmy nomination as outstanding guest actor in a drama series for "ER."