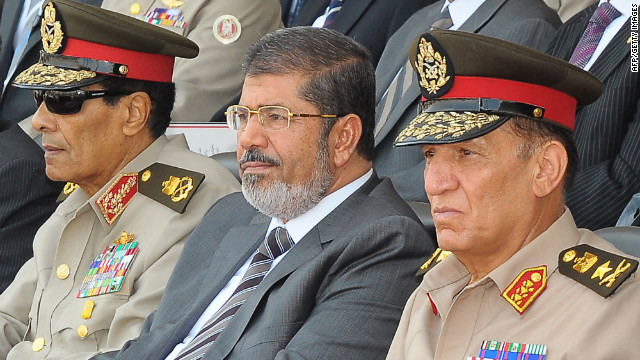 Egypt's Higher Constitutional Court on Tuesday halted the decision by newly elected President Mohamed Morsy to call the nation's parliament back into session, an official said.

The ruling is the latest move in a power struggle between Morsy and the country's military rulers, who dissolved the legislature last month.

The parliament, recalled by Morsy (pictured, center), convened for less than an hour Tuesday. The session was the first since the nation's highest court said parliamentary elections were unconstitutional, prompting the military to disband the body.

Morsy, who took office June 30, opted to override the edict of the military, which has run the country since the 2011 revolution that ousted longtime leader Hosni Mubarak.