The White House releases its plans to roll out Covid-19 vaccines for children ages 5 to 11, pending FDA authorizati‚Ätwitter.com/i/web/status/1‚Ä¶GX

RT @CNNPolitics: JUST IN: The House committee investigating the January 6 attack on the US Capitol has formally approved holding Steve Bann‚Ä¶

Biden tells House Democrats that tuition-free community college is expected to be cut from the final version of the‚Ätwitter.com/i/web/status/1‚Ä¶SJ

Fox News anchor Neil Cavuto, who has been open over the years about his journey with multiple sclerosis, has tested‚Ätwitter.com/i/web/status/1‚Ä¶8f

RT @CNNPolitics: BREAKING: US Rep. Jeff Fortenberry indicted on charges stemming from a federal investigation into contributions made to hi‚Ä¶ 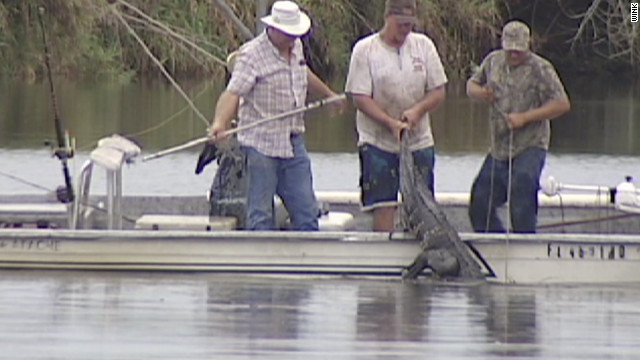 Rebecca, who visited her brother in the hospital, said he told her that as the alligator approached him he grabbed the skin under the animal's mouth to try to prevent it from biting him.

After preventing the initial attack, Fred tried to swim away from the gator, Rebecca Langdale said.

"So he put both his feet on the alligator's head and pushed and pretty much took his own arm off before the alligator could," Rebecca said.

"He knows if he offers (the gator) his arm, he won't take his torso. He was smart, he took the risk," another of Fred's friends, Matthew Baker, told WINK.

Beck told CNN affiliate WBBH that after freeing himself from the gator, Langdale called for help.

"He was waving saying, 'Call the paramedics! My arm is gone!'" WBBH quoted Beck as saying.

The gator was later caught and killed by trappers from the Florida Fish and Wildlife Conservation Commission. The boy's arm was recovered, according to reports, but the doctors were unable to reattach it.

Glades County Sheriff Stuart Whiddon told WINK that gator attacks are rare in the area, but fish and wildlife officials said this is an active time of year for the reptiles.

"It's just after mating season, eggs are already laid, but the gators are still very active," WINK quoted Jeff Ardelean as saying. "Any type of commotion on the water is potential food in their eyes."

Facebook is planning to rebrand itself with a new name focused on the metaverse, the Verge reported on Tuesday cnn.it/3aUyvCV
cnni

8:42 am ET October 20, 2021 RETWEET
We have emitted so much CO2 into the atmosphere that people have built giant fans to suck it back out, in the hope‚Ätwitter.com/i/web/status/1‚Ä¶yU
cnni

8:20 am ET October 20, 2021 RETWEET
Two former German soldiers have been arrested on suspicion of attempting to create a paramilitary unit to fight in‚Ätwitter.com/i/web/status/1‚Ä¶2H
cnni

7:55 am ET October 20, 2021 RETWEET
At least 14 people have been killed and three others injured after a Syrian military bus was targeted with two expl‚Ätwitter.com/i/web/status/1‚Ä¶Up
cnni