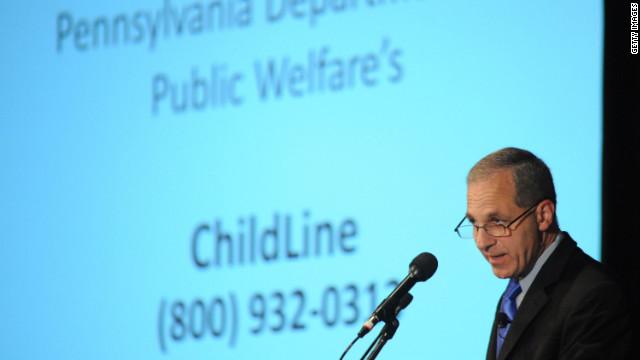 In 1986, Jeanne Clery, a 19-year-old freshman at Lehigh University in Pennsylvania, was found dead in her third-floor dorm room. She had been sodomized, tortured, and then strangled with the uncoiled metal of a toy resembling a Slinky, according to media reports.

Clery's parents had sent her to Lehigh because they thought she'd be safe. She'd also been accepted at Tulane University in New Orleans, but after learning a student there had been murdered off campus, the couple began looking for a safer place to send their daughter for college.

It was only after Clery's murder that her parents learned Lehigh had seen 38 violent offenses - rape, robbery and assault among them - in a three-year period, according to a 1990 feature in People magazine.

Constance and Howard Clery later settled with the university for an undisclosed amount and began working to ensure campus crime was a more transparent issue in the future. They opened the Clery Center for Security on Campus and pushed for the 1990 legislation requiring public disclosure of crimes on American campuses.

The Jeanne Clery Disclosure of Campus Security Policy and Campus Crime Statistics Act, or Clery Act, is now at the center of the investigation into what Penn State University officials did or didn't do after hearing allegations that assistant football coach Jerry Sandusky was molesting boys.

In a scathing internal review that blasts the upper echelons of the school's administration, investigators cited several failures to disclose information to police by a university leadership that the report said was more concerned about bad publicity than the sex-crime victims who had been molested on campus.

The review also reported "a lack of awareness of child abuse issues, the Clery Act, and whistle-blower policies and protections."

The act requires that any public or private university that receives federal financial aid make public any information about crime on or near campus. Each October, schools must issue a report outlining crimes in the previous three years and distribute the report to current and potential students.

The U.S. Department of Education monitors universities and can fine schools up to $27,500 per violation.

Schools are also required under the act to give timely warnings about any crimes that affect student or faculty safety, including criminal homicide, sex offenses, robbery, burglary, aggravated assault, auto theft and arson, according to the Student Press Law Center.

A Department of Education statement announcing an investigation into Penn State's handling of the Sandusky case mentions both the annual reporting and timely warning requirements.

"If these allegations of sexual abuse are true then this is a horrible tragedy for those young boys. If it turns out that some people at the school knew of the abuse and did nothing or covered it up, that makes it even worse. Schools and school officials have a legal and moral responsibility to protect children and young people from violence and abuse," Education Secretary Arne Duncan said in the November statement.

Last month, a jury found Sandusky guilty of 45 counts related to his sexual abuse of boys over a 15-year period.

A handful of universities have been fined under the Clery Act since its inception, most notably Virginia Tech, which the Department of Education determined had waited too long to notify students and staff that a shooter was on the loose during a 2007 rampage that killed 32 people. The school was hit with two fines last year, totaling $55,000.

Other Clery Act violations include the following: