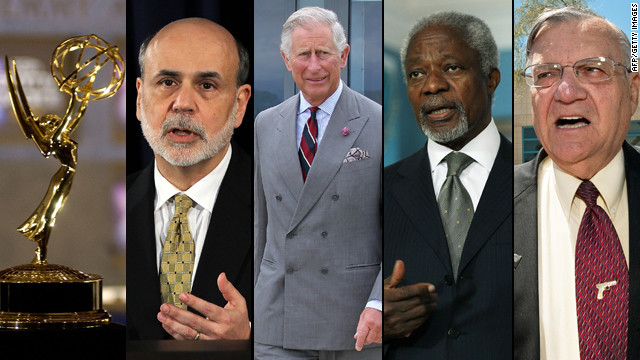 After deadly week in Syria, Annan to meet with cautious Russia

Days after an alleged massacre of 200 people in a Syrian village, a U.N. envoy whose peace plan has yet to stem 16 months of violence in Syria is expected to meet Monday with the foreign minister of Russia, one of two nations that vetoed U.N. resolutions that would have condemned the Syrian regime.

Kofi Annan, envoy to Syria for the U.N. and the Arab League, is to meet with Russian Foreign Minister Sergey Lavrov.Â Annan brokered a six-point peace plan for Syria, to which the Syrian regime and rebels agreed. But one of the key provisions - a cessation of violence by all parties - hasn't been heeded.

Russia and China have vetoed previous attempts to pass resolutions condemning the Syrian regime at the U.N. Security Council. And last week, Russia's deputy foreign minister said a new push by some Western nations to invoke Chapter 7 of the U.N. charter, which could authorize sanctions and ultimately lead to an authorization of the use of force, was unacceptable.

Since the Syrian uprising began in March 2011, the United Nations estimates more than 10,000 people have been killed in the violence; opposition groups say thousands more have died.

Russian views on Syria may be more nuanced than they appear

A Justice Department lawsuit against Joe Arpaio, the sheriff of Maricopa County, Arizona, is scheduled to go to trial Thursday in Phoenix.

According to the civil complaint, the Sheriff's Office has displayed a pattern of racial profiling, unlawful detention and searches, and unlawful targeting of Latinos during raids. The complaint also alleges Maricopa detention officers discriminated against Latino prisoners in the jail by punishing them for not obeying orders given only in English.

The feisty sheriff vowed in May to defend himself and his office against the allegations.

"They're using me for the Latino vote, showing that they're doing something, taking on the sheriff over an alleged racial profiling," Arpaio said. "I'm not going to surrender my office to the federal government," he said. "I will fight this to the bitter end."

Coincidentally, a court injunction against implementation of part of Arizona's stringent immigration law expires on Friday. That section of the law, known as Section 2B of SB1070, requires police to try to determine the immigration status of anyone they question or detain, so long as the officer has good reason to suspect the person might be in the country illegally. Most local authorities say they don't expect their practices to change significantly.

A British scandal alleged to have affected bank loan rates across the globe is making waves in the United States, with two congressional panels expected to question Federal Reserve Chairman Ben Bernanke about it Tuesday and Wednesday.

Barclays, the UK's No. 2 bank, admitted that its employees from 2007 to 2009 manipulated the Libor rate used to determineÂ trillions of dollars of loans worldwide, with some alleging that Barclays did so to unfairly profit in derivatives trading, according to CNNMoney.Â The Libor rate affects how much interest ordinary people pay on credit card debt, home mortgages and student loans.

Documents released last week at the request of a U.S. congressman show thatÂ a Barclays official admitted to the New York Federal Reserve in April 2008 that the bank was under-reporting interest rates used to calculate the Libor.

Bernanke would have been speaking before House and Senate panels this week even without the scandal; he meets with the committees twice a year to testify on monetary policy.

Will inmate found likely disabled be put to death?

A man convicted of killing a fellow prison inmate could be executed in Georgia this week, even though a judge ruled that he was more likely to be mentally disabled than not, the Atlanta Journal-Constitution reports.

The 64th Primetime Emmy Awards, with Jimmy Kimmel as host, will air live on ABC on September 23 from the Nokia Theatre in Los Angeles.

Toast could bring in some dough

It doesn't have the image of a deity on it. It probably doesn't even taste very good. Nevertheless, bidders are expected to jam (sorry) a British auction house Thursday for what is considered a very special slice of toast. This bit of bread purportedly was served to (and apparently rejected by) Prince Charles on the morning he married Lady Diana Spencer in 1981. The slice is to be sold at Charles Hanson Auctioneers, in Etwall, Derbys, on behalf of Rosemarie Smith, whose daughter worked as a maid and a dresser for the royal family for almost three decades.

"At the time my daughter was a maid at the palace and one of her duties was to collect Prince Charles' breakfast tray from outside his room," Smith said, according to an article on the auction house's website. "I was with her in the corridor and saw that Prince Charles had left some toast on the tray. I had been thinking about a keepsake from the wedding and saw the toast and thought to myself: 'Why not? '"