Mash-up: Soak up some sun

Lana Kuykendall, a South Carolina mother who is beginning to recover from a flesh-eating bacteria infection, is working on her rehabilitation. She doesn't have time to feel sorry for herself. She told CNN:


There's no point in asking, "Why me?" It just happens.

Newly signed Los Angeles Laker Steve Nash received a blue-collar welcome to his new home Saturday when a carload of fans spotted him riding in a taxi and offered him some liquid refreshment - at highway speed. CNN affiliate KTLA has video of the handoff.

Fiat Motors says the latest perk in the Italian version of its 500L car is just what we've all been waiting for: an espresso maker. Some CNN.com readers thought that might not be the best idea ever.

OK, let's assume it's safe. If I want a tiny cup of espresso, rather than pulling into a Starbucks, I still have to find a place to pull over, stop the car, spill coffee beans or coffee grounds all over my car, wait 10 minutes for the coffee to brew while draining my battery, and then face the danger of trying to sip scalding hot espresso while driving? That is SO MUCH BETTER than the hover cars we were supposed to have by now!

In the land of thoroughbred racehorses, athletes of a decidedly smaller stature were the featured attraction Sunday, CNN affiliate WFIE reports. At the Ellis Park horse track in Henderson, Kentucky, dozens of dachshunds participated in a series of races in which a key concern of owners was simply getting the animals to run in the right direction. "Hopefully the dog runs straight. If you can train your dog to run straight, you got a good chance. But you never know," Ellis Park official John Harty told WFIE. 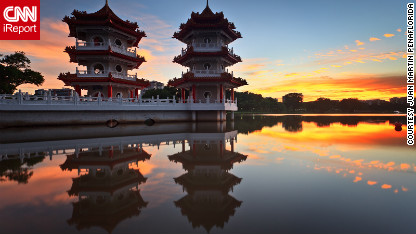 On the horizon: Political fundraisers 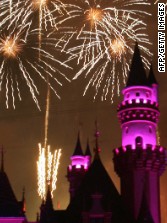 1918 - Russian Czar Nicholas II and his family are executed by firing squad during the Bolshevik Revolution.

1975 - An American Apollo and a Soviet Soyuz spacecraft dock in orbit, the first such link-up between spacecraft from the two rival nations.