A Texas doctor who wrote an op-ed claiming he violated the state's six-week abortion ban now faces a lawsuit broughŌĆtwitter.com/i/web/status/1ŌĆ”O2

Democrats plan to tie a suspension of the debt limit to a spending bill to keep the government funded, setting up aŌĆtwitter.com/i/web/status/1ŌĆ”w3

The Supreme Court will consider a Mississippi abortion law on December 1. It's one of the most substantial cases toŌĆtwitter.com/i/web/status/1ŌĆ”EU

The US plans to ease travel restrictions on visitors from the EU and the UK in November, a person familiar with theŌĆtwitter.com/i/web/status/1ŌĆ”sy

A deadly explosion on a bus carrying Israeli tourists at an airport in Bulgaria is "clearly a terrorist attack," Israeli Defense Minister Ehud Barak said Wednesday.

We are in a continued fight against them. We are determined to identify who sent them, who executed and to settle the account. 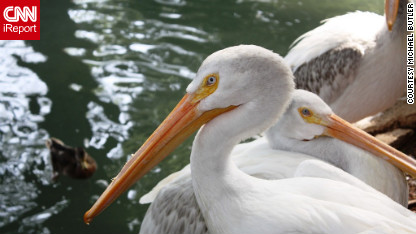 Yes, this photo was taken by a 6-year-old girl.

CNN iReporter Michael Butler shares a series of photos that his 6-year-old granddaughter, Rian Grace, took from her outing to the San Antonio Zoo with his wife. "I have a budding nature photographer on my hands. My little granddaughter saw my wife taking photos and asked if she could also," he says. "She took over 400 pics, but these were her best shots. She is only 6 years old and already has a pretty good eye."

Bob Edwards gets hit by lightning for the third time - and lives to tell about it, CNN affiliate WSOC reports.

What to do with Paterno statue?

People within and outside the Penn State community continue to debate whether the campus statue honoring late football coach Joe Paterno should be removed in light of recent revelations about his alleged role in covering up assistant coach Jerry Sandusky's molestation of young boys.

They should quietly remove it and replace it with something generic/football or PSU-related. Seems like the least the university can do to let everyone know that what Paterno did was completely unacceptable and can be in no way overshadowed or forgotten simply because of his accomplishments in football.

Only he should have been fired for what he did not do. People suffered because he kept quiet. That is what we cannot forgive or forget. Don't get me wrong, I grew up admiring and liking Jo Pa, but finding out now that he could have stopped Sandusky and did nothing kind of wipes the slate clean.

A civil lawsuit against Maricopa County, Arizona, Sheriff Joe Arpaio will get under way Thursday in Phoenix. The Justice Department contends Arpaio and his department's officers have targeted Latinos in their efforts to enforce Arizona's tough immigration law.

At a meeting of the National Academy of Sciences on Thursday in Washington, the U.S. Nuclear Regulatory Commission will discuss its response to last year's tsunami-caused nuclear accident in Japan. 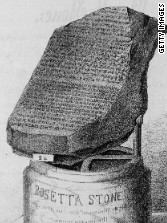 1799 - The Rosetta Stone, the key to deciphering ancient hieroglyphics, is found in Egypt.

A monument listing 102,163 Dutch victims of the Holocaust was unveiled by King Willem-Alexander in Amsterdam on SunŌĆtwitter.com/i/web/status/1ŌĆ”9y
cnni

1:01 am ET September 21, 2021 RETWEET
27-year-old Nathan Paulin walked a 600-meter slackline from the Eiffel Tower to the other side of the Seine river iŌĆtwitter.com/i/web/status/1ŌĆ”2F
cnni