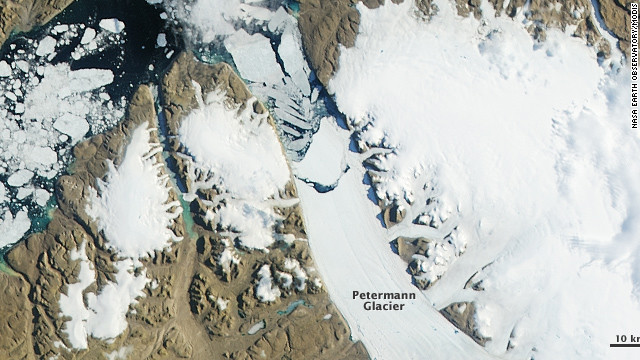 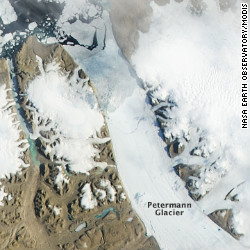 ŌĆ£While the size is not as spectacular as it was in 2010, the fact that it follows so closely to the 2010 event brings the glacierŌĆÖs terminus to a location where it has not been for at least 150 years,ŌĆØ Muenchow says in a university press release.

ŌĆ£Northwest Greenland and northeast Canada are warming more than five times faster than the rest of the world,ŌĆØ Muenchow says in the press release, ŌĆ£but the observed warming is not proof that the diminishing ice shelf is caused by this, because air temperatures have little effect on this glacier; ocean temperatures do, and our ocean temperature time series are only five to eight years long ŌĆö too short to establish a robust warming signal.ŌĆØ