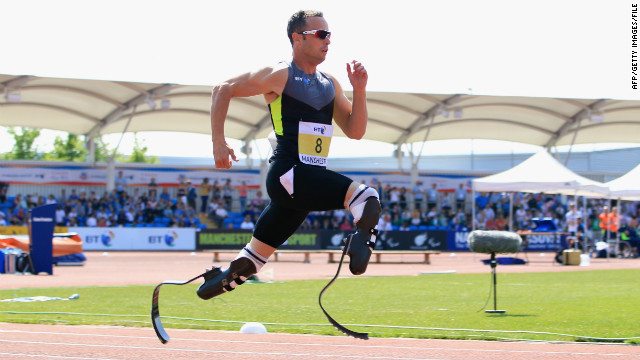 "I consider Oscar a friend of mine, but he knows I am against him running because this is not about Oscar. Itâ€™s not about him as an individual; it is about the rules you will make and put in place for the sport which will apply to anyone, and not just Oscar," said Johnson, who holds the world record in the 400 and is a two-time Olympic gold medalist in the event.

Pistorius was born without fibula bones and had his legs amputated below his knees before he turned 1. He still played several sports, including water polo, tennis and wrestling. After injuring his knee in a rugby match, Pistorius began running competitively in 2004 with the aid of the Flex-Foot Cheetah made by the Icelandic company, Ă–ssur. 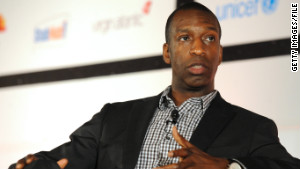 "Because his personal best is 45 seconds â€“ and that is not enough to win medals â€“ people generally will take the approach he should be allowed to run. 'Let him run. Itâ€™s great,' " said Johnson, whose world record time in the 400 is 43.18.

Those words came from Adolf Hitler after American sprinter Jesse Owens shattered the fĂĽhrer's backward notion of Aryan superiority at the 1936 Berlin Games, according to Albert Speer's "Inside the Third Reich."