No matter which side you favor regarding offshore Alaska oil drilling, watching this fight is just plain fascinating.  Just make sure you get out of the way when the fur starts flying.

Although Shell is none too happy, calling the campaign a "scam," Greenpeace says it has received no legal action from Shell nor threats of legal action. 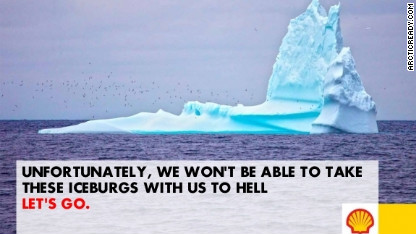 Asked whether the Greenpeace site is libelous, media officer Travis Nichols says it's "obviously satire" intended as "identity correction" of Shell's own pro-drilling information campaign.  "We are taking the facts of what they're doing and putting it in a straightforward way - obviously using humor."

(Warning: here comes a "Batman" reference.) To  quote The Joker: Why so serious?

University of Minnesota law expert William McGeveran told Forbes that the law surrounding fake websites is "murky," but traditionally Shell "would have a pretty good case." 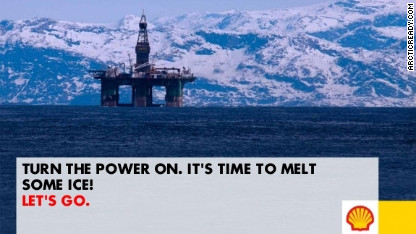 "What we’re finding is that people who thought it was real and then discovered that Greenpeace and the Yes Men were behind it are overwhelmingly positive about the campaign."

Meanwhile, Greenpeace says it's over the moon about its new strategy. From Monday through Wednesday of this week, it says arcticready.com  has racked up nearly 800,000 page views. The anti-drilling petition has grown to more than 10,000 signatures, Nichols says.

What do you think? Is the Greenpeace/Yes Lab anti-drilling campaign beyond the pale? We want to know. Tell us in the comment section below.