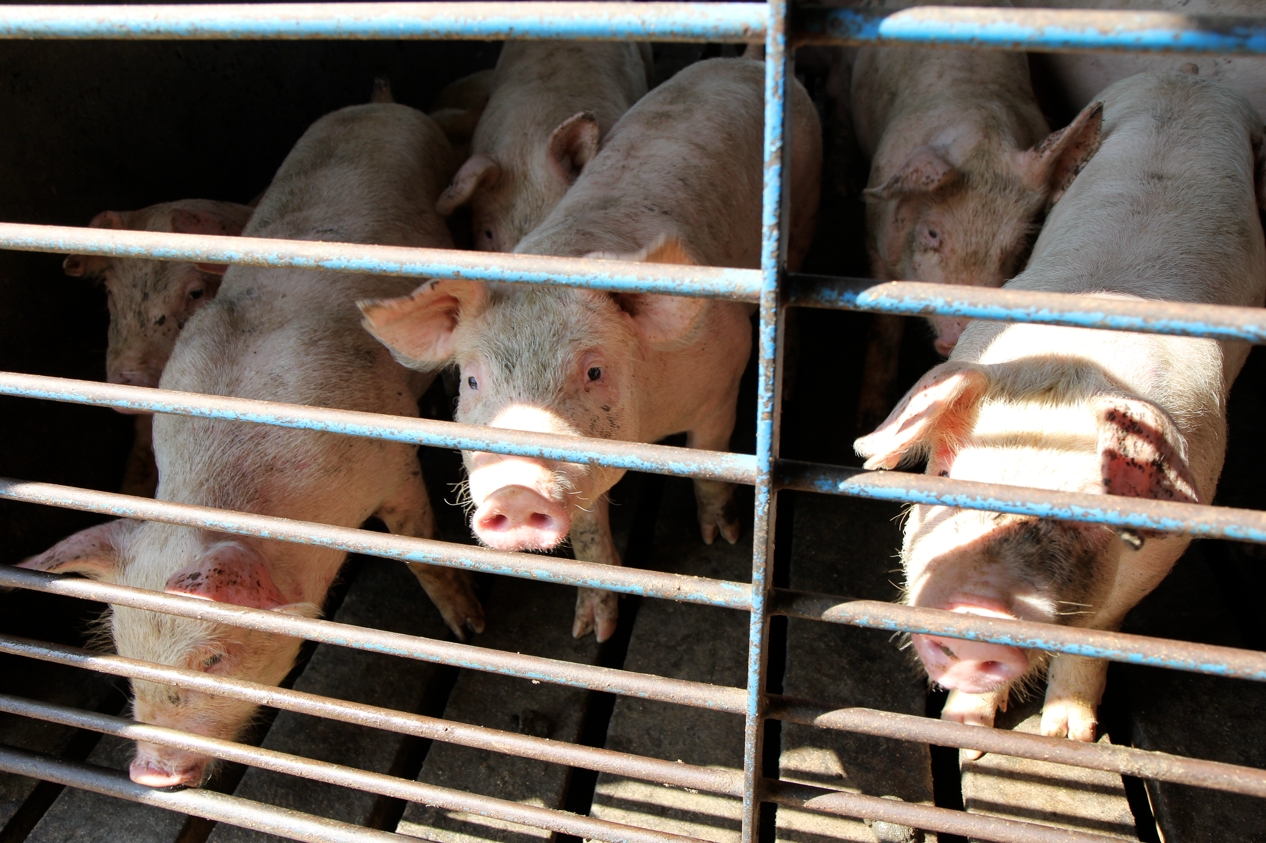 The U.S. drought could hurt livestock producers more than farmers, who often are protected by federal crop insurance.
July 20th, 2012
08:35 AM ET

Washington, Iowa (CNN) - For Rachel and Dan Berdo and their four young children, hogs are everything:  They're the source of nearly all of the family's income.

The couple from the small town of Washington are particularly worried this year because of the drought, considered the worst in a generation.

“Obviously it's unsettling not knowing exactly what the coming crop is going to look like,” Rachel Berdo said as she sat in the kitchen holding her baby, speaking over the sound of her  three other little ones playing in the next room.

The Berdo family grows corn to feed to their hogs, but this year, there’s no telling what kind of corn harvest they’ll get. Farmers across the state and the rest of the Midwest  are seeing significantly reduced yields.  Some estimate they’ll get 30 to 60 bushels per acre, down from 150 to 200.

So if they don’t have a large enough harvest to keep their pigs fed, they’ll either have to purchase extra corn at a pretty penny because of the drought  or reduce the number of hogs they keep.

“It’s definitely going to impact our family in more ways than one,” Rachel said.

“In general, it bothers me quite a bit as far as the long-term financial situation,” Dan Berdo said, standing next to one of their hog barns. “But I try not to let it eat at (me)  day to day.”

Missouri farmer: Everyone will be affected by drought

In many ways, the drought could prove worse for livestock producers than for farmers.  For example, corn and soybean farmers have the option of buying federal crop insurance. Roughly 90% of Iowans take advantage of that — it doesn’t cover everything, but it helps get them by until next years harvest.

But there is no equivalent federal insurance for livestock. So if hog or cattle producers can’t afford to purchase the higher priced corn feed, they’re essentially out of luck.

And that'll mean higher prices at supermarkets across the country.   On average, food prices typically rise 1% overall for every 50% jump in corn prices, according to  Richard Volpe, an economist for the Economic Research Service of the U.S. Department of Agriculture.  Analysts and economists predict that prices of beef, pork and poultry will jump the most, as corn is the main feedstock for chicken, cattle and pigs.

For now, the Bardos say all they can do is wait for harvest season before they’ll have a better idea of what they’ll be faced with.

Until then, they say, they pray and try to stay optimistic.

“When it starts to upset me, I remember that God’s got a plan,” Rachel said. “Maybe God’s plan doesn’t have us raising hogs in the future. But it’s going to happen regardless of if I’m mad about it or fretting about it.”