In the wake of the Jerry Sandusky child sex abuse scandal, the NCAA on Monday announced a $60 million fine against Penn State and┬Ātook 14 seasons of football victories away from the late coach Joe Paterno. The school was also banned from the postseason for four years and will lose 20 football scholarships a year for four seasons.

The corrective and punitive measures the executive committee and the Division I board of directors have authorized should serve as a stark wake-up call to everyone in college sports.

This was no video game. An Air Force pilot landed a huge cargo plane at a Florida airport whose runway is nowhere near long enough for such a big aircraft. Watch the aviator's impressive work:

Mental health, judged from a distance 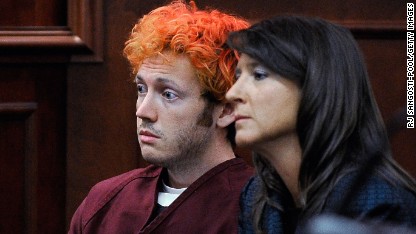 Not surprisingly, the public's first glimpse of James Holmes, the suspect in the Aurora, Colorado, theater shooting rampage, brought out some strong reactions from CNN.com readers. Many are debating his mental state.

This guy is doing a bad job at "faking crazy." His eyebrows are raised high on his forehead, which shows distress and worry.┬Ā He knows what he did and his brain is stewing over the not-so-nice future he has created for himself.

Just wanted to say that being an introvert does NOT make you not "normal," as they seem to be presenting that idea in the video talking about possible motives. That aside, I wonder if we'll ever truly know his thought process that led him to do this. Because you don't just do this from snapping, especially after booby-trapping your own house. It seems like this is something that has been in the works/he's been mentally following the path that would lead him to this conclusion for a long time.

When robbers rolled into a small shop outside Boston, an 80-year-old woman fought back with her weapon of choice: mangoes. CNN affiliate WHDH shows the surveillance video. 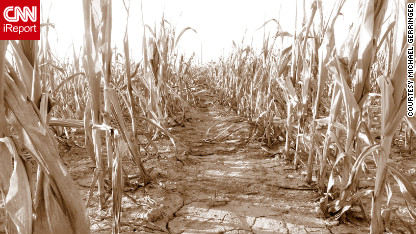 CNN iReporter Michael Gerringer, 28, is a graduate student studying wildlife biology at Indiana State University. The lake at the nearby Wabashiki Fish and Wildlife Area is disappearing in this summer's extreme drought. He explains that the lake is a flood plain wetland that is often inundated by floodwater from the Wabash River. He says many lakes do typically dry up to some degree in the summer, but this lake normally stays full.

"It is a big disappointment," he says. "This lake attracts an impressive variety of birds and other wildlife ... but when I walked out into the lake bed the only bird species I saw were a pair of turkey vultures overhead and a few red-headed woodpeckers."

The shot above is a sample from the startling gallery of photos┬ĀGerringer shot at the vanishing lake. "The dry and cracked lake bed resembled another planet," he says.

On the horizon: Hudson relative in court, Iran at table

William Balfour, who was convicted in May on seven counts in the murders of singer/actress Jennifer Hudson's mother, brother and nephew in Chicago, will be in court Tuesday seeking a new trial. If the judge denies the motion for a new trial, Balfour will probably be sentenced at the same hearing to life in prison without possibility of parole.

Delegations from the European Union and Iran will meet Tuesday to discuss technical aspects of Iran's nuclear program as diplomatic efforts continue to stumble.

1974 - The Supreme Court rules that President Richard Nixon must turn over tapes of White House conversations to the special prosecutor.

2002┬Ā- Nine coal miners are trapped in the Quecreek mine in Somerset, Pennsylvania. All are rescued three days later. 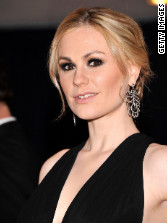 The crisis that UK Prime Minister Boris Johnson is facing right now might be the gravest for his leadership so farŌĆtwitter.com/i/web/status/1ŌĆ”3k
cnni

9:36 pm ET July 6, 2022 RETWEET
Twenty-two migrants found dead in a sweltering semi-truck in San Antonio, or who died in the days after, have beenŌĆtwitter.com/i/web/status/1ŌĆ”fl
cnni

9:30 pm ET July 6, 2022 RETWEET
Jerry Harris, who starred in a Netflix docuseries, has been sentenced to 12 years in federal prison in child pornogŌĆtwitter.com/i/web/status/1ŌĆ”wY
cnni

The crisis that UK Prime Minister Boris Johnson is facing right now might be the gravest for his leadership so farŌĆtwitter.com/i/web/status/1ŌĆ”3k
cnni

9:36 pm ET July 6, 2022 RETWEET
Twenty-two migrants found dead in a sweltering semi-truck in San Antonio, or who died in the days after, have beenŌĆtwitter.com/i/web/status/1ŌĆ”fl
cnni

9:30 pm ET July 6, 2022 RETWEET
Jerry Harris, who starred in a Netflix docuseries, has been sentenced to 12 years in federal prison in child pornogŌĆtwitter.com/i/web/status/1ŌĆ”wY
cnni