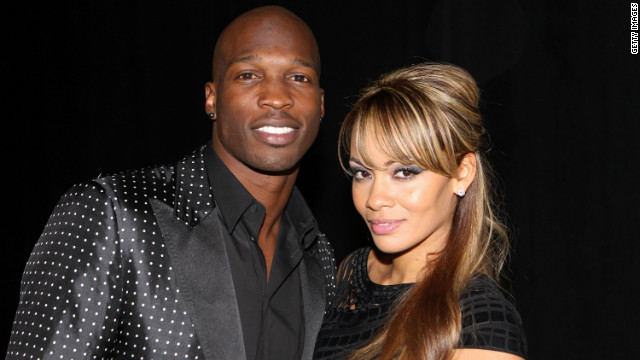 Ochocinco is a fine last name for a bachelor but apparently not a married man, so the Miami Dolphins wide receiver who had legally changed his name to match his uniform number is back to Johnson again.

"Chad Ochocinco has officially changed his name back to Chad Johnson," says a posting on Johnson's website, ocnnreport.com.

Johnson made the name change official at the Broward County Courthouse in Florida on Monday, according to the South Florida Sun Sentinel.

"The main reason behind the name change was due to his marriage to Evelyn Lozada. The coupleÂ preferredÂ Evelynâ€™s last name to be a real name and not the fun 'Ochocinco' character we have come to love," the ocnnreport post says.

"I'm just doing it for the marriage. It has nothing to do with football. Ochocinco is still in me. It's just my middle name," Johnson told ESPN.com on Monday.

Johnson and Lozada married on July 4 in what People magazine said "might be the most exhaustively documented wedding ever."

Johnson and Lozada, who appeared on the VH1 reality show "Basketball Wives," got engaged in November 2010.

In September, they'll have a reality show, "Ev and Ocho," together on VH1.

The football player said the name on the back of his Dolphins uniform this coming season will be Johnson, according to the ESPN report.

As of Tuesday morning, however,Â  the Dolphins' website still lists Johnson as Ochocinco.

Johnson signed with the Dolphins in June.

He'll be entering his 12th NFL season, 10 with the Cincinnati Bengals and last year with the New England Patriots. He played college ball at Oregon State University.

"I feel that I'm a partner on this journey of healing, bringing together, unity," Jill Biden said during a brief Q&â€twitter.com/i/web/status/1â€¦py
cnni

7:30 pm ET June 12, 2021 RETWEET
This high school principal dazzled his community when he sang "I Will Always Love You" at graduation. He explains tâ€twitter.com/i/web/status/1â€¦x0
cnni

6:30 pm ET June 12, 2021 RETWEET
"It brings me back to life." CNN's @StephanieElam talks to people attending a live concert in Colorado to find outâ€twitter.com/i/web/status/1â€¦lz
cnni

6:01 pm ET June 12, 2021 RETWEET
The mayor of Moscow has asked residents in the Russian capital to stay home in the coming week, declaring it a "nonâ€twitter.com/i/web/status/1â€¦ve
cnni