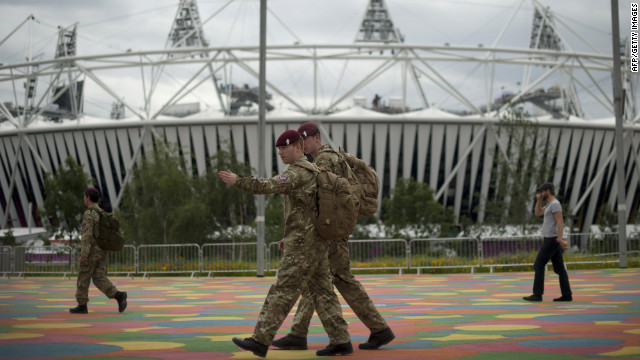 The British government will deploy an extra 1,200 troops for Olympics security, Sports Secretary Jeremy Hunt announced Tuesday, on top of 3,500 already called up specially this month after security contractor G4S said it would not be able to supply the number of guards it promised.

The Games begin on Friday.