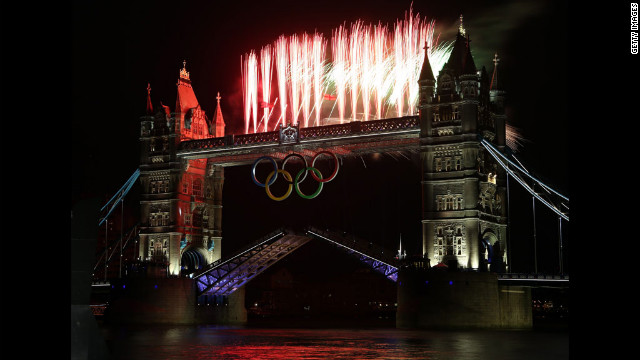 Overheard on CNN.com: 'Trying to explain what cricket is to my coworkers is fantastic'

And, the Olympics are off! Follow along on the live blog, read about the first day and check out some of the comments that caught our eyes.

As CNN producers update the live blog with photos and anecdotes, readers are joining right in to the conversation. Here are a couple we saw:

Harry: "Even if people keep saying it, never have I been prouder to call myself British, and a Londoner, even if I currently live in New York. NY has nothing on the Greatest City in the World!!!"

markl: "Proud to be British, even at the other side of the world. Trying to explain what cricket is to my co-workers is fantastic. 'You play for 5 days and it can still end in a tie' ... priceless."

Some of the readers asked about the meaning of things they were seeing from the opening ceremony.

Doubt: "What are the children leading each delegation carrying in their hands?"

Jonathan Stevenson (CNN): "Good question. The copper petals being carried by a child leading each delegation have that country's name inscribed and they will all have a role in the ceremony later. So now you really can't go anywhere, otherwise you'll never find out."

One of the most talked-about aspect of the Olympics on Friday was Mitt Romney’s tough reception in London.

NoTpUlLiNoUt: "I was actually glad to see the people of England hold Mr. Romney accountable for the comments he made, not like the media here in the States, scared to tell it like it is. Funniest headline I saw on one of the papers today in England 'Mitt the Twit' hahaahahahahaha!"

gregkells: "Yeah, because calling someone a name is certainly holding them accountable for making a statement that you disagree with (even though most of those same papers ran stories about how poorly planned the Olympics were just days before)."

The story of the blind archer really touched people. It also got them making a few jokes, but it was all mostly in fun. Some people were jealous.

Some were in awe, and others had thoughts about the feat.

LiberalNewz2: "This has really made me open my eyes to what disabled people - whatever their supposed limitations are - can achieve."

USAlegend: "If you guys know even a little about archery, you should know that, while aiming at the target you should close one of your eyes to see better (because each eye looks at a different angle), and his right eye is blind by default. It didn't surprise me at all but still congratulations to him for breaking the previous record."

There were also some jokes, all in good fun.

evines: "A blind archer breaking records? I bet nobody saw that coming. ..."

hewhoseeks: "I certainly hope no employees of Target store are wearing their jackets near this guy."

One reader said he works with blind people and said he has noticed that legal blindness can make vision very difficult, despite the presence of some vision. He noted one simulation that he tried.

Daniel Dorfsman: "I did a simulation once where I wore a pair of glasses that were blacked out in one eye, and the other eye was extremely blurry. I would definitely refer to myself as blind in that moment. It was very hard to see but I could make out objects if I put them very close to my one good eye and I could identify people based on their body shape and hair color/length."

What's our take? Share your opinion in the comments area below and in the latest stories on CNN.com. Or share your views via CNN iReport.