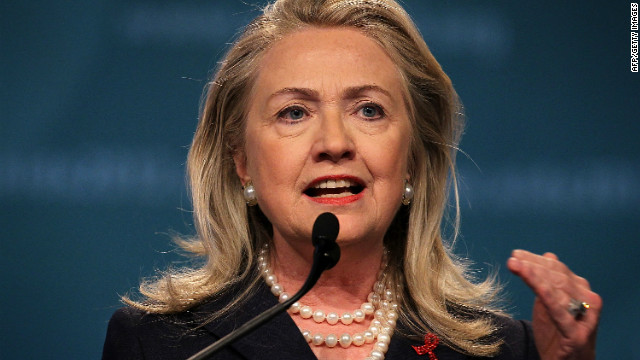 U.S. Secretary of State Hillary Clinton will this week make her first visit to South Sudan, a nation barely one year old that is locked in a bitter dispute with its northern neighbor, as part of a six-country tour of Africa.

Clinton sets off Tuesday on the 11-day trip, which is intended to emphasize U.S. efforts to strengthen democracy, encourage economic growth and further peace and security in Africa, Victoria Nuland, a State Department spokeswoman, said in a statement Monday.

The visit begins in Senegal, a small country on Africa's west coast that has been an outpost of democratic stability in a region with a history of electoral chaos, civil wars and coups.

Despite outbreaks of violence in Senegal earlier this year surrounding former President Abdoulaye Wade's decision to seek a controversial third term in office, power passed peacefully to the eventual victor in the presidential election, Macky Sall.

Clinton will meet with Sall and "deliver a speech applauding the resilience of Senegal's democratic institutions and highlighting America's approach to partnership," Nuland said.

A monument listing 102,163 Dutch victims of the Holocaust was unveiled by King Willem-Alexander in Amsterdam on Sunâ€twitter.com/i/web/status/1â€¦9y
cnni