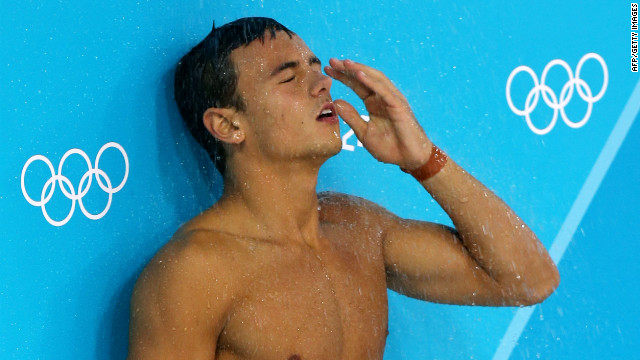 Officers detained a 17-year-old man at a guest house in "the Weymouth area" of the county of Dorset in the early hours of Tuesday morning, they said.

The unnamed teenager is being questioned on "suspicion of malicious communications," a police spokeswoman told CNN.

On Monday, Daley retweeted a message he said he'd received from user "Rileyy_69" shortly after he and his partner Peter Waterfield placed fourth in the men's 10m synchronized dive, failing to win a medal.