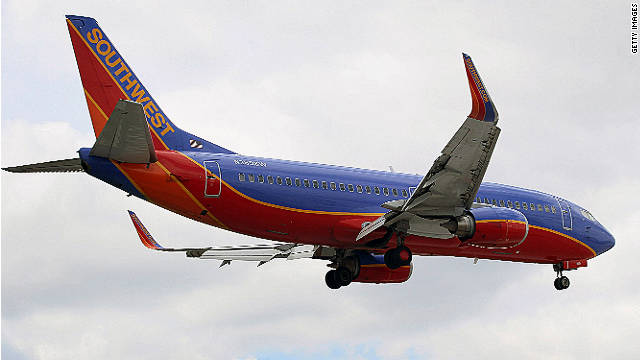 [Update: 4:40 p.m. ET] Southwest Airlines has updated their Facebook page with information for customers affected by a computer glitch that has caused excessive credit card charges for countless people taking part in a 24-hour deal on Friday, and according to our readers writing in, during normal transactions as well .

"Information and update for Customers who recently experienced multiple bookings in error:

The overwhelming response from Customers who took advantage of our August 3 limited time offer launched to celebrate three million Fans on Facebook, created website performance issues at various times during the day. We realize that some Customers were charged more than once for the same reservation and we want to ensure you that we have all hands on deck, actively working to process refunds for any duplicate charges incurred.

Here is a status of those efforts:

First, we want you to know that we are working to identify duplicate bookings and charges and are proactively cancelling those additional reservations, actively processing refunds to the Customer. In order to process the refunds as quickly as possible, we have called in additional staff to support these efforts.

For those Customers who used debit cards and have received overdraft fees as a result of the additional charges, we will process a reimbursement for all overdraft fees that were caused by duplicate charges from Southwest for a single purchase. If you incurred overdraft fees, please fax documentation of those fees via a letter from your bank or a copy of your account showing the fees to 877-506-0154.

Southwest Airlines is committed to providing Customers with exceptional service both online and onboard. It is our goal to resolve this issue as quickly as possible and minimize any inconvenience to you, our valued Customers."

When Southwest Airlines offered a limited-time promotion on Friday to celebrate reaching three million fans on Facebook, it seems they accidentally racked up duplicate charges on the credit cards of their loyal customers.

The LUZ2LIKE promo code was meant to offer customers 50% off when booking a round-trip with their "Wanna Get Away" fares during seven specific travel dates in the fall. The promo, which arrived by e-mail to customers, only lasted until midnight on Friday.

On Saturday, their Facebook page was flooded with differing stories describing the trials, unresolved issues and even a few happy endings for customers trying to shake off the excess charges. Some lucky folks even posted that they sailed on through the process without a glitch.

When Southwest became aware of the problem, they offered a statement on Twitter, and a similar, expanded version on their Facebook page.

"Thank you for your excitement in taking advantage of the limited-time offer we shared today in celebration of reaching three million Fans on Facebook. Due to the overwhelming response, we experienced some site performance issues at various times throughout the day. We apologize to our Customers for any inconvenience and are proactively cancelling any duplicate itineraries that may have occurred."

Bobi Fox, a customer who wanted to take advantage of the promo code, shared her experience with CNN. She purchased directly off of Southwest's website.

"Customers who purchased tonight got no tickets, no confirmation, and many, like me, were charged on their credit cards repeatedly until credit card companies stopped the purchase process – some customers say they have been called by their credit card companies questioning fraud purchases," she said. " My credit card might be typical, my purchase was repeated 9 times (cost in excess of $2300 for a one pair of round trip tickets from STL to SLC).┬Ā This is not unlike what everyone else is experiencing.┬Ā Current wait time hold with Southwest customer service:┬Ā More than two hours."

END_OF_DOCUMENT_TOKEN_TO_BE_REPLACED

When NASA returns humans to the moon, SpaceX will build the vehicle to land the first woman and next man on the lunŌĆtwitter.com/i/web/status/1ŌĆ”io
cnni

8:00 pm ET July 30, 2021 RETWEET
As the US faces a surge in Covid-19 cases, Disney and Walmart have moved to require certain employees be vaccinated cnn.it/3yjmAbR
cnni

7:55 pm ET July 30, 2021 RETWEET
A children's hospital in Louisiana is experiencing a wave of Covid-19 hospitalizations as the Delta variant pervadeŌĆtwitter.com/i/web/status/1ŌĆ”fa
cnni

7:35 pm ET July 30, 2021 RETWEET
"It's overwhelming. But I feel the love and it means so much." Bob Odenkirk tweeted his thanks "for the outpouringŌĆtwitter.com/i/web/status/1ŌĆ”eR
cnni