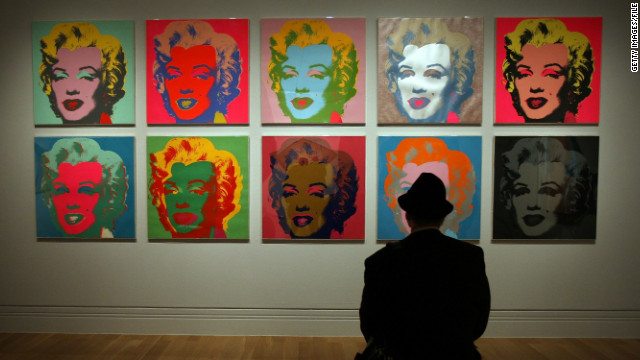 On this day, 67 years ago, at just after 8 in the morning, a B-29 bomber, the Enola Gay, dropped an atomic bomb dubbed "Little Boy" on Hiroshima, a city of 350,000 people. An estimated 140,000 people were killed in the attack, and three days later, 70,000 more people were killed when another bomb, "Fat Man," was dropped on Nagasaki. Japan surrendered days later, and World War II would end the following month.

Maj. Theodore Van Kirk, aka Dutch, was a navigator on the Enola Gay. He tells CNN that the biggest concern was "getting away from the bomb" after it was dropped. He also speaks lightheartedly about his time in the Air Force during World War II, saying, "If you made 25 missions, you were either the luckiest person alive or the German pilots were lousy shots. In my case, the German pilots were lousy shots."

Before both world wars, ex-President Theodore Roosevelt spoke of the "great new fight in the never-ending warfare for the good of humankind," during a Chicago speech before the newly minted Progressive Party, or Bull Moose Party, on August 6, 1912.

It was the most successful third-party presidential bid in U.S. history, and CNN contributor John Avlon, a Newsweek and The Daily Beast columnist, says we can learn a lot from the 100-year-old speech.

If nothing else, the themes of the 1912 campaign sound similar to the issues facing President Barack Obama and GOP candidate Mitt Romney. Said Roosevelt, "The old parties are husks, with no real soul within either, divided on artificial lines, boss-ridden and privilege-controlled, each a jumble of incongruous elements, and neither daring to speak out wisely and fearlessly what should be said on the vital issues of the day."

Speaking of a jumble of elements, Monday is also Andy Warhol's birthday. The pop art icon would have been 84 - not exactly a milestone anniversary, but it's interesting that his birthday falls the day after the death of one of his most recognizable muses.

Marilyn Monroe died 50 years ago Sunday, and CNN has found a newsreel reporting the passing of an American beauty who is described in death as an "idol of the GIs, the animation of foxhole dreams."

This is just the short list of anniversaries, of course. Other August 6 happenings worth mentioning include Jamaica declaring its independence from Britain and Cuba nationalizing its foreign-owned (namely American) property, marking a turning point in the Cuban Revolution.

And last but not least, August 6 also marks the day that NASA's Curiosity rover landed on Mars, but you'll have to wait until next year to celebrate that anniversary.