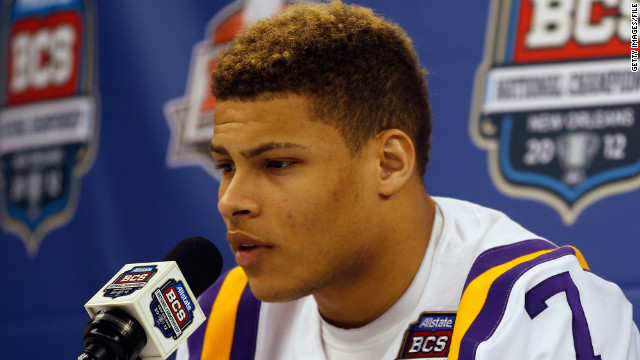 â€śThis is a very difficult day for our team,â€ť head coach Les Miles said. â€śWe lose a quality person, teammate and contributor to the program. However, with that being said, we have a standard that our players are held to and when that standard is not met, there are consequences."

Miles added, â€śItâ€™s hard because we all love Tyrann. We will do what we can as coaches, teammates, and friends to get him on a path where he can have success. We are going to miss him.â€ť

China's intense railway expansion has marked a new milestone with the official opening of a 620-mile track that wilâ€twitter.com/i/web/status/1â€¦6K
cnni

1:00 pm ET October 19, 2021 RETWEET
The year's most stunning architectural photos have been revealed in the prestigious Architectural Photography Awardâ€twitter.com/i/web/status/1â€¦vs
cnni

12:30 pm ET October 19, 2021 RETWEET
As America has largely transitioned away from coal-fired power, West Virginia has thrown its weight behind it. Coâ€twitter.com/i/web/status/1â€¦Bs
CNNweather