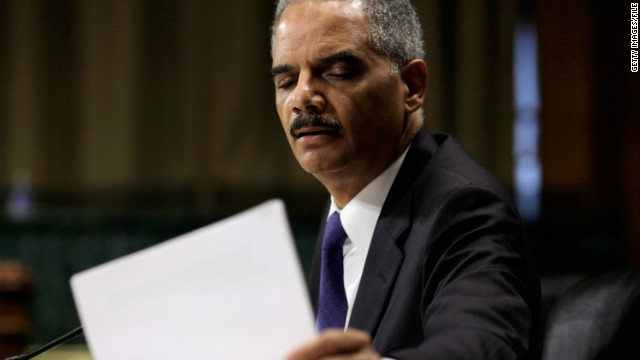 The House Oversight Committee plans to file a civil contempt suit against Attorney General Eric Holder Monday after a contempt of Congress citation passed the House of Representatives last month.

The lawsuit was not unexpected after the White House and Justice Department said in early July that Holder will not face criminal prosecution under the congressional citation.

Legal experts said previously that President Barack Obama's assertion of executive privilege in the case would prevent a criminal prosecution under a practice dating to the Reagan administration.

Hedging their bets, the House also cited Holder for civil contempt to give it the option of filing a lawsuit compelling Holder to turn over documents sought by Oversight Committee investigators linked to the failed Operation Fast and Furious weapons crackdown. Such a case was expected to take years to complete.

7:22 pm ET September 18, 2021 RETWEET
SpaceX capsule splashes down off the coast of Florida, marking the end of the first all-tourist mission to Earth'sŌĆtwitter.com/i/web/status/1ŌĆ”YY
cnni

7:17 pm ET September 18, 2021 RETWEET
The Netherlands has long stood head and shoulders over other nations ŌĆö but its people are getting shorter, according to Dutch researchers.
cnni