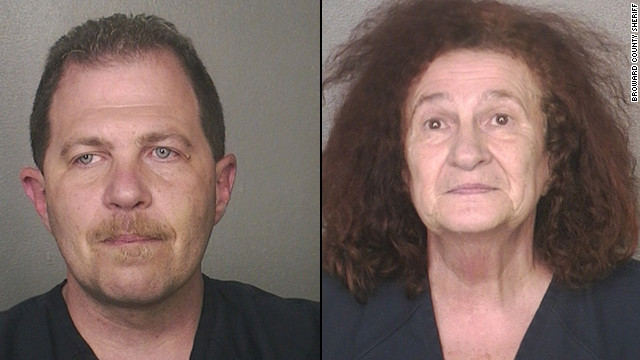 Police say Michael Pollara, 46, and Margaret Pollara, 70, would go into toy stores and pick out big boxes containing cheap toys, then replace the cheap contents with more expensive toys including Harry Potter Lego sets, Leap Pads, and InnoTabs. They would then go to the checkout line, where cashiers would ring up the box for the marked price, not knowing that inside were toys worth hundreds or thousands of dollars, according to police.

"(Michael Pollara) made it a goal of his to steal from all 50 states within one year, which he was very proud of," Broward Sheriff's Office Sgt. Rick Rossman said during a press conference.

"This is without a doubt the No. 1 prolific booster that we’ve ever come across," Rossman said. "He basically is a one-man show. His mother participated in some of the thefts."

When officers began investigating the theft case, they noticed a purchase was made with a loyalty/rewards card. And that's what did Pollara in. When police looked up the rewards card they traced it back to a woman and noticed several purchases in a number of states.  Police then began tracking all of the purchases made using the loyalty card around the country as well as at the 31 Toys R Us stores in Florida.

"Michael traveled the entire country doing this.  He was a one-man wrecking crew," Rossman said. "He called it the art of stealing."

"He wanted to personally thank CVS for paying for his vacation to Hawaii in February," Rossman said, reporting what Pollara said during questioning. "(Shoplifting) supports his travel around the world."