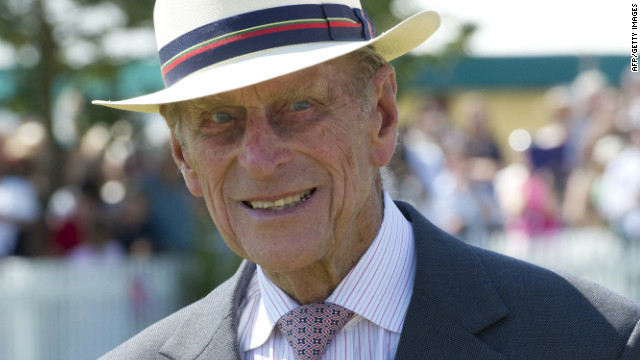 Prince Philip is seen during the Queen's Diamond Jubilee celebration in July.
August 15th, 2012
11:05 AM ET

It is not yet clear what has caused the concern for the 91-year-old Duke of Edinburgh, who was out and about on the Isle of Wight, off the south coast of England, earlier this week.

Prince Philip has suffered a couple of health scares in the past year.

He received hospital treatment for a bladder infection in June, after falling ill during events to mark the queen's diamond jubilee.

In December, he spent four nights in a hospital over the Christmas period for treatment of a blocked coronary artery.

Born the prince of Greece and Denmark on the Greek island of Corfu in 1921, Philip left Greece with his family when he was 18 months old after King Constantine was forced to abdicate the throne

following a revolution. The family moved to Paris and then to England in 1928. Philip also went to school in Germany.

Philip renounced his Greek title when he became a naturalized British subject in 1947.