Mash-up: Will you marry me?

Viral Internet videos seem to keep upping the ante for men who want to make marriage proposals in unusual ways. Tony Boga of Boston recruited his girlfriend's sisters to help round up a flash mob for his proposal at the Boston Public Library, CNN affiliate WHDH reports.

Meanwhile in Salt Lake City, a firefighter took advantage of his high position:

Not to be left out of the fun, CNN iReporter Jenifer Brennan of Hackettstown, New Jersey, was swept off her feet atop a Vermont mountain for yet another surprise proposal. She said her fiancĂ©, Phil Crowley, spent more than a year planning the trip and had invited two of her best friends to come along with their husbands. While on a hike to the top of Mount Mansfield, a proposal was the last thing on her mind, she says. 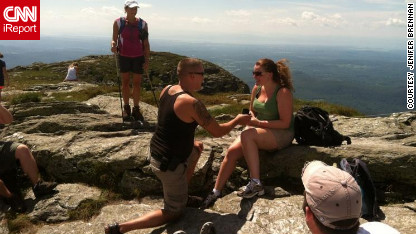 "I was in shock because I was not expecting it," she says. "I think public proposals are wonderful. It takes courage for a person to get on one knee and ask someone to marry them in the presence of others. Personally, once he was on his knee I lost sight of everyone and everything around me."

From the horse's mouth

In a piece written for CNN.com, Jake Bronstein explains why he decided to propose to his girlfriend in a creative and public way.

The spectacle I made, and the special moment that came of it, and ultimately our marriage, was for Kristina and me. The total view count on all of the various copies of the video that people posted, copied, re-hosted and posted again, topped a million. But I didn't do it for them. I did it for us.

The three members of the Russian feminist punk band Pussy Riot will learn their fate Friday when a judge in Moscow issues a verdict in their hooliganism case. They were charged five months ago after criticizing Russian President Vladimir Putin in a song they sang at a Moscow cathedral. Prosecutors have asked for three-year prison terms, but supporters are expected to hold rallies all over the world Friday.

What was to have been Whitney Houston's comeback movie will open in theaters Friday. In "Sparkle," the late pop diva plays the mother of three singing daughters - including Sparkle, played by "American Idol" winner Jordin Sparks - who rise to fame in the Motown era but must deal with personal troubles.

1863 - Union forces bombard Fort Sumter in South Carolina, site of the first battle of the Civil War in 1861. 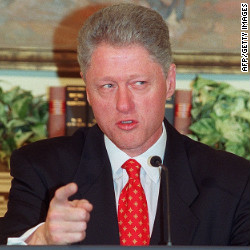 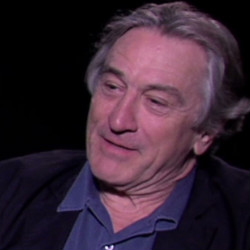