Polls are closing across Georgia in the Senate runoff election between Democratic Sen. Raphael Warnock and Republicātwitter.com/i/web/status/1ā¦Ai

The suspected gunman accused of killing five people in a mass shooting at an LGBTQ nightclub in Colorado Springs, Cātwitter.com/i/web/status/1ā¦TE

The House select committee investigating the January 6, 2021, attack on the US Capitol has decided to make criminalātwitter.com/i/web/status/1ā¦8v 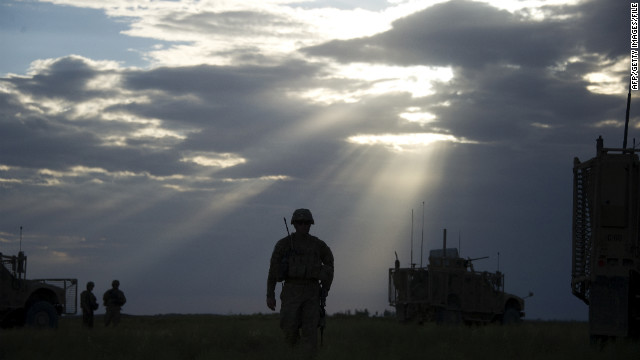 The Army counted 38 confirmed or suspected suicides in July,Ā a tally that took into account both active- and non-active-duty members of the Army National Guard or Reserve. Three of those active-duty soldiers were deployed at the time of their deaths. Before July, the highest monthly level suicide rate for soldiers was 33 in June 2010 and July 2011, according to statistics released by the Army.

Kubek helped discover thyrotropin-releasing hormone, or TRH, which is known to have antisuicidal and antidepression effects. The problem is that the naturally occurring chemical cannot easily cross the āblood-brain barrier.ā The barrier is meant to protect the nervous system by keeping out any substances in the blood that could injure the brain, including hormones and neurotransmitters. But it also makes it extremely difficult to get TRH to the brain, rendering normal methods of delivering the chemical, through pills or injection, largely unhelpful.

āThese deaths are troubling and tragic,ā Kubek said in a statement. āTodayās commonly used anti-depressants can take weeks to have an effect and carry a black box warning label for suicidal ideation in young adults. That is why we hope to develop a quick-acting, easy-to-use, non-invasive system that delivers a compound thatās been shown to reduce suicidal thoughts.ā

Time magazine Deputy Washington Bureau Chief Mark Thompson says a former high-ranking Army officer told him, āthere are promising techniques that the military could deploy against suicide, but they involve an initial two-hour screening, a sit-down, a one-on-one with a psychiatrist that this nation is just not willing to pay for.ā

Kubek will work with pharmacology professor Abraham Domb from Hebrew University in Jerusalem to figure out how to deliver the drug effectively. That process, according to Indiana Universityās School of Medicine, should take about a year. Kubek would then work with researchers at Purdue University on clinical trials in the second and third years of the grant.