The Justice Department has charged two people with conspiracy in an alleged extremist plot to damage Baltimore-areaãtwitter.com/i/web/status/1ãÎB6

The FAA has issued a ground stop for three airports in the Carolinas for a ãnational security effort,ã as a suspetwitter.com/i/web/status/1ãÎSVqtu9

Democrats approve dramatic changes to the 2024 presidential primary calendar, but itãs far from a done dealcnn.it/3HySjf1Bs

Mash-up: Women can take their swings

Welcome to the club 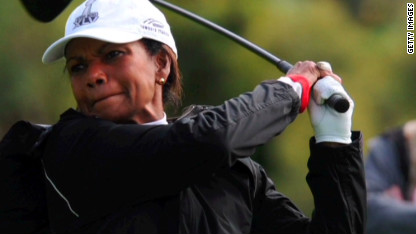 These accomplished women share our passion for the game of golf and both are well-known and respected by our membership.

They have chosen two groundbreaking women, two very prominent women, who are clearly equal in stature to the other members who are, of course, all male. I think it would have been a mistake to choose a lower-profile woman and basically make that statement that, yes, we're letting women in but they're not really going to be equal with the men.

The USS Constitution, the frigate that fought off a British warship 200 years ago in the War of 1812, is still in fighting trim.

On a slightly overcast day at Liberty State Park during New York City's Air Force Week, CNN iReporter John Dunstan captured this photo of the Air Force squadron the Thunderbirds performing a flyover. "It was such a great scene with the flags, the Statue of Liberty and the jet formation," he says. "I was pretty pleased to get this shot." We're pleased too. 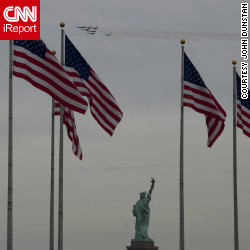 Click on the image to see an eight-second video.

Muslims around the world ended the Ramadan month of fasting this weekend with Eid al-Fitr, a feast of food and family gatherings. CNN iReporter Shameel Arafin captured a nice set of images showing Muslims in New York's East Village celebrating Eid on Sunday. 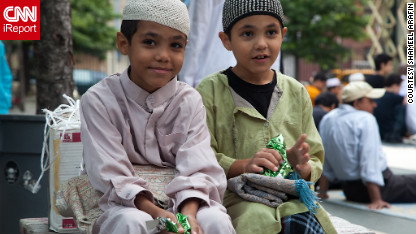 Two boys sit with their prayer rugs and bags of candy at an Eid celebration Sunday in Manhattan's East Village.

Fill it to the rim

So, the latest swing in the health-advice pendulum tells us that coffee may provide a health benefit for most women. Just the other day we were told that egg yolks may be worse for us than cigarettes. Breakfast is getting to be too much of a challenge. I think I'll stay in bed. CNN's readers have their own opinions; here's one:

Recent studies show that continued worrying about what foods are good or bad for you causes hypochondriac-like symptoms. This ultimately leads to a general malaise, depression, high blood pressure, heart disease and death.

Harmony the Chihuahua was almost a goner, but when the rescue shelter where she was staying acquired two hungry, homeless kittens, it was Harmony who stepped up. CNN affiliate KOVR has the furry video.

Operators at NASA's Jet Propulsion Laboratory plan to put the Curiosity rover through its paces Tuesday, getting it ready to start moving around on Mars looking for cool stuff.

Both sides are expected to begin their closing arguments Tuesday in Apple's patent infringement lawsuit against Samsung. 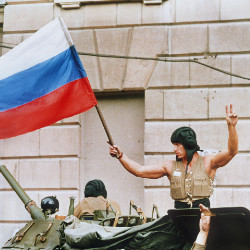 1911 - An Italian waiter, Vincenzo Perruggia, steals the Mona Lisa from the Louvre museum in Paris.

1983 - Benigno Aquino, the Philippine opposition leader, is assassinated in Manila.

1986 - A volcanic eruption under a lake in Cameroon releases poison gas, killing about 2,000 people.

1991 - A Communist coup attempt is crushed in Russia.