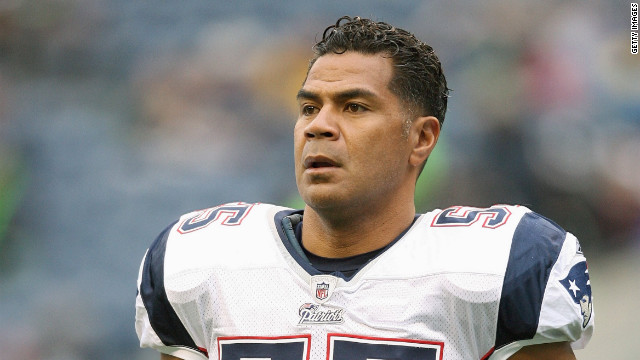 The brain of  former National Football League star Junior Seau showed no apparent signs of damage from Seau's years in professional football, according to an autopsy report released Monday.

Seau's death on May 2 in his Oceanside, California, home was classified as a suicide the next day by  the San Diego County medical examiner.

Duerson shot himself in the chest, which kept his brain intact for examination for a debilitating brain injury called chronic traumatic encephalopathy, known as CTE.

Duerson was found to have dense clusters of tau protein permeating his brain and spinal cord. Tau is released by neurons when the brain is rocked inside the skull and, when unleashed, tends to lodge in parts of the brain responsible for memory, judgment and mood.

CTE has been found in the brains of 18 of 19 former NFL players studied at Boston University's Center for the Study of Traumatic Encephalopathy. Their cases share a common thread - repeated concussions, sub-concussive blows to the head, or both.

Immediately after Seau's death, friends and family stepped forward to say the legendary linebacker suffered a number of hits to the head during his 20-year career with the San Diego Chargers, Miami Dolphins and New England Patriots.

As a linebacker, Seau played "the most havoc-ridden position on the team. He suffered many concussions, so there is a strong sense that it played a role," Shawn Mitchell, Seau's pastor - who is also the pastor for the Chargers - said at the time.

At the request of Seau's family, portions of his brain had been sent to the National Institutes of Health for further study, the autopsy report said.

Seau left no suicide note nor any documents to indicate he might commit suicide, according to the medical examiner's report.

Former QB: Playing through concussions part of the game